Something about being a three year old...

I promised Leif we could make a robot today. 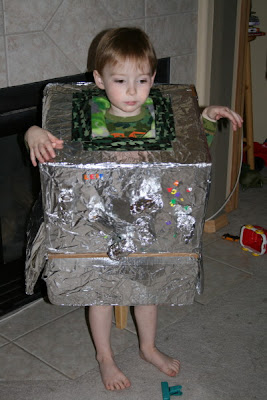 There is a brand new Curious George episode this week where George builds a robot to entertain Hundley.
We pretty much copied the design (box and metal colander) except that George's box is red. I suggested we name the robot Leif 3.5. Leif had other ideas and asked that it be called "Curious George". 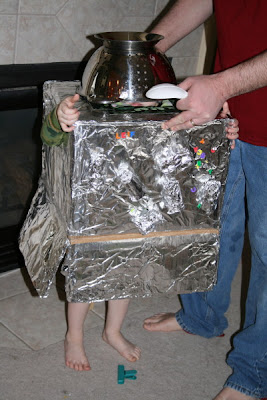 He watched the episode a few times today, acting it out along the way in his robot costume. The picture below is where George fell asleep next to the elevator. 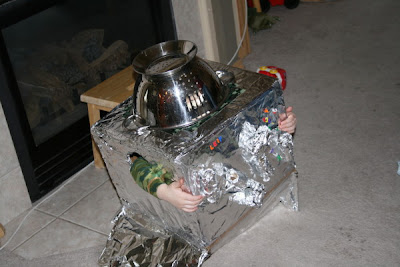 Seriously I have THE cutest little boy. Grumblings about Terrible 3's? Me? Naw...