We had a good weekend, though it is seeming like a blur at 9pm on Sunday. We joked about eating out on Friday. How tempting, yet how stupid of an idea that is after last week's debacle. Instead we ordered out Thai and were less than impressed with our normal take out place. They have major swings that last typically about 6 months. We have concluded that one couple runs it for 6 months. They are the nice ones that can cook and present you with nice sized portions. Then 6 months later the bad cooks take over who give you miniature sized everything. The bad ones have just taken over.


Saturday was swimming lessons, a little shopping after swimming. We looked at kittens at PetSmart. Long enough to put in daddy's head that having a kitten might actually be fun. We have recently had some new kittens very nearly "fall in our lap". (I use this term because AB told me the only way he wanted another cat was if one "fell in our lap". They were born two days ago to a coworker of mine. The cat she adopted as a stray turned up pregnant when she took her to the vet for shots and an exam. I told her maybe in December when the kittens are the requisite 8 weeks old. I think I can go back and give her a yes in December. Vargasgirrl assures me that the automatic litterbox is heaven sent.


We went and picked apples on Saturday afternoon. Leif had a great time. Skadi slept in the car. We got a box of fujis that are really fantastic. 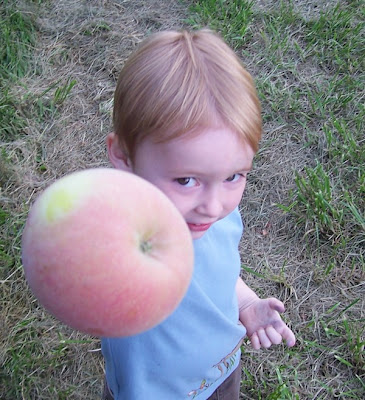 Sunday we started out the morning with sourdough apple pancakes. Leif loves pancakes, he loves apples, but apples in pancakes was a no go. He ate oatmeal instead. Silly child. (But as someone with texture issues, I do get his aversion.)

Two days, no naps. During Leif's Sunday supposed nap (Skadi's real naps were exactly opposite Leif's "nap time". We got no breaks this weekend.), Skadi and I played with the camera some. 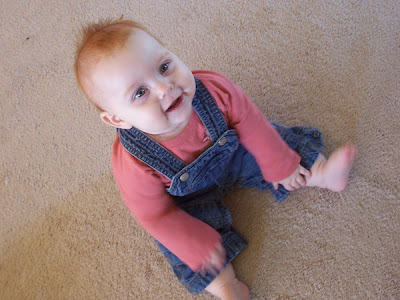 After the supposed nap on Sunday we had C and N and their parents and C's grandparents over for a pumpkin picking party. The pumpkin is out! Both are actually. We are giving thought to how to get an actual weight on the big one. One suggestion is to take the car to Earthworks and have it weighed, with and without the pumpkin. Very good idea and plausible.

AB has become more curious on the weight of the pumpkin when the second one repeatedly weight 720 lbs on our scale! Ok, decimel point wasn't as visible as it should have been... it was 72.0 lbs. (AB kept asking what "error 720" was since he was sure the scale didn't go past "350 or so". Then he noted the decimel point.) He felt that the big one was more than twice that. (Statistical estimates were 135-160 lbs a month or so ago - and it hasn't grown in that time). 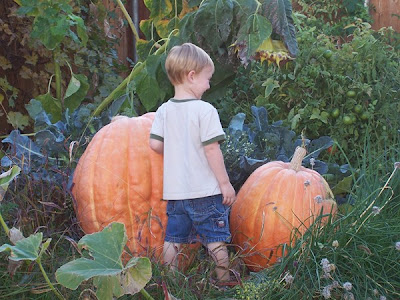 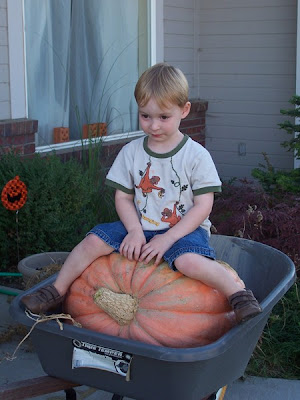