My Mother's Day was great this year. It was low-key, but very nice.
We got up and ate the remainder of the lefse as well as fried eggs (Leif's favorite) and Little Smokies (Skadi's favorite courtesy of Bompa). The kids gave me cards as their gift wasn't complete yet from Artsy Fartsy - I can't wait! Leif wrote "Happy Mother's Day" on the card for me all by himself! He learned this at school and was terribly bummed that his teachers would only let him write one card. I made enough of a fuss about it to him that apparently he wanted to do another and one for grandma too.
We released our butterflies (see below) and then hung around the house. Friends came over for a playdate with the kids. Then for dinner AB made filets - which were fabulous and we opened a nice bottle of wine.
See how unsuspecting they are. They have no idea I am taking their pictures. This is about the only way I can get photos anymore... 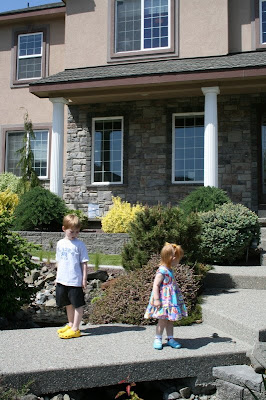 Because as soon as they find out I have the camera... THIS happens: 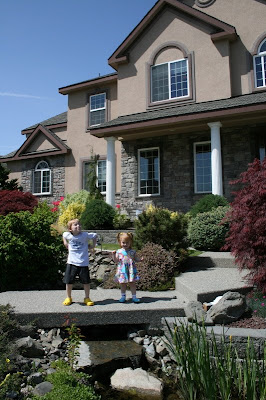 It used to be just Leif that would act silly... he has pulled his sister in on the antics. 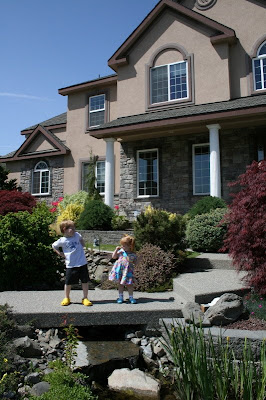 This *could* go on for hours. 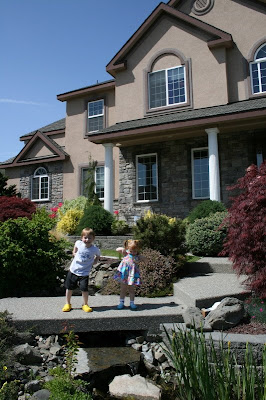 Me and the kids - ignore Skadi's short dress. I was going to try on all her summer clothes (that were found) from last year but we started with this dress and stopped with it too. Something about my daughter putting it on and saying, "I a princess now!" Oh and that she would NOT take it off. I will wash it and put it away after today. *Sigh* 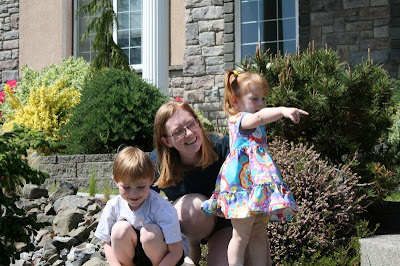 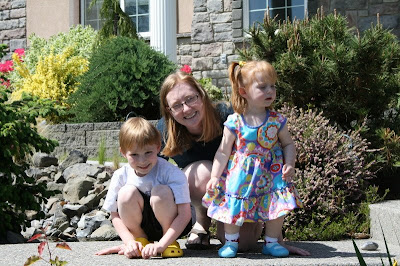 Loving my front yard right now. Check out the Japanese maple and the blooming rhododendrons. Hope they are still blooming when my mom gets here. 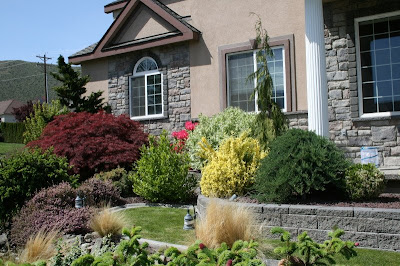 Another unsuspecting photo - AB has the waterfall running. The kids are a touch obsessed with it. 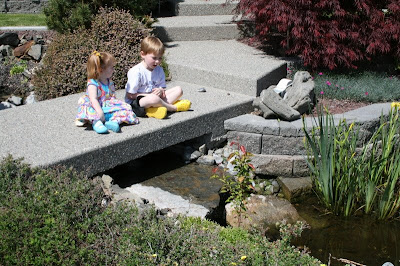 Love this one - just ignore the ketchup on the face. 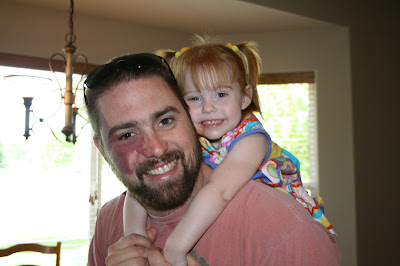