Four and a bit more

Now Silas is four. Isn't there a poem or something that starts that way? Actually he has been four for two months now.

We have had some pretty miraculous changes on his part in last two months. One day he realized he was now four, and that means he is a big boy and that he was going to behave like one. This has resulted in a huge change in him at daycare and at home. All changes that have been very welcome. Being kicked out of daycare is no longer an everyday concern. Now that said I am still counting down the weeks until he leaves daycare and gets to attend public school.

I am thrust into the new generation of parents through daycare and thus work - several of the younger people I work with have their first child at the same daycare. And I see myself 12 years ago. And then I see how very differently I view things now. I want to tell them that THIS daycare, this particular beacon of light in your world? Not the be all end all and not in control. You are.

I would rate Silas' daycare at about a 6 out of 10. His lead teacher is tired (one of the few who was there when my older kids were), prefers he not be there more than absolutely necessary, isn't pushing academics (though he is showing great interest at home). The second teacher is wary, a bit cranky given she isn't even a year on the job, not her ideal job, doesn't smile much. But she is nice and has some fun ideas. The third teachers - are the amazing ones. But they are still new with aspirations and dreams of making a difference in a kids eyes. And, they do. Silas adores every single "third" teacher he has had over the last year. (There has been several...)

Silas... he is a very different kid as compared to the other two. He looks like them and the similarities stop there.

1. Silas eats everything. He discovered lettuce in the garden yesterday and devoured much of it. He can't wait for the carrots to pop up. He tried daikon yesterday and didn't like it, but was able to tell us why he didn't like it, "it spiced my tongue too much". Leif is emerging from his picky stage. Skadi is beyond hope - though she DID eat a single strawberry on her own accord last weekend. Silas has moments of picky, but for the most part he eats what we put in front of him particularly if it is a simply prepared fruit or veggie. His down side? Where we start really questioning his being a Carman? He doesn't like fish. I mean WTF? Never in my life would I have thought that I would have a child that didn't like fish.

3. Inquisitive. "Mom, how do you spell [insert long word or phrase]." Ok, so all my kids were inquisitive, but I don't recall any of my other two asking me how to spell something until the point they were writing for school. Some kids ask "why" incessantly? Not Silas, he wants everything spelled for him. (Weird... though I do recall quizzing my babysitters on whether they could spell Wyoming...)

4. Third child. My first two never said, "stupid". I just heard Silas say "stupid" twice while typing - regarding my hair dryer. I guess I am like his first teacher at school. My desire to fight his using the word stupid is waning. He watches cartoons and movies I am positive I never let my older two watch at this age... but it is freaking HARD to keep him separate from the other two when they are watching their shows. Silas has a play date today. Probably his first official play date. I invited the other boy to come over and knowing the parents a bit (knew the dad as a student intern ages ago and we have worked in similar spheres since), I suggested they drop him off and go have lunch or have an afternoon together. The boys will just play here! No dice, lol. He and his mom are coming over for the play date. Now my friends and I also did this, but it also usually involved a cocktail. Do I offer her a cocktail? Or a glass of wine? Or does that just further call into question my abilities? Silas is a pretty solo kid, he is king of imaginary play, hangs with his big sister a lot, runs the backyard by himself. I am suddenly freaking out and trying to recall how helicopter-ish I may or may not have been with Leif. Would I have been outside with him hovering over his play at 4? Oh this play date suggestion may have been a horrible idea.

5. Stats... I will have to add this in later this week after his well child... See bullet #4.  I will say though that I just bought him a bunch of size 4 clothes and was wishing I would have bought 5's.

6. Activities. Silas is chomping at the bit to do every organized activity. He starts piano lessons tomorrow. I am skeptical... but Leif's teacher wanted to try a new toddler piano program with Silas because he is very musically oriented (this teacher? The first Silas has had who sees his "genius", lol! Maybe for that I will pay him?? He probably tells all parents this...). Leif quit piano this month, and I felt a little guilty and would love to have a pianist in the family. So I bought the program and we will see if it works. Silas has suddenly excelled at swimming and AB said the other day that his teacher talked about skipping the next level with him and putting him in Level 3. We will see. He starts soccer in a few weeks - totally excited for that. And he is begging to start Tae Kwon Do with his dad and brother too. Trying to figure out how we are going to fit everything in.

All in all, Silas is an amazing and wonderful kid. He is smart, funny, expressive, and brings a huge amount of joy to the entire rest of the family. Can't imagine a world without him! 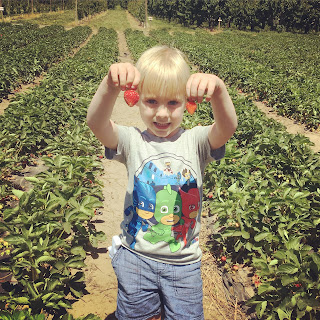 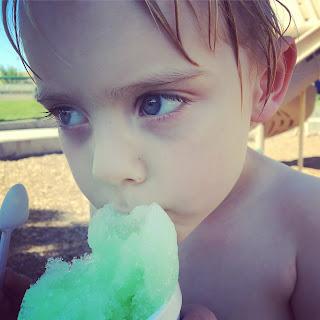 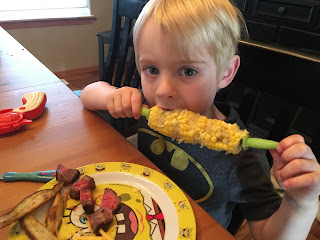 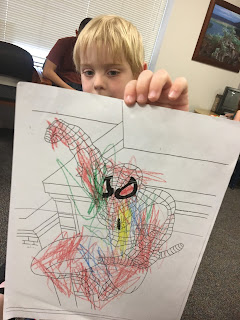 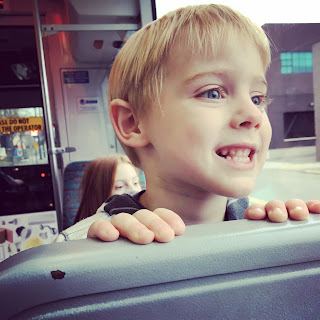