We spent our second week in Anchorage relaxing and hanging with family in Anchorage. Lots of low key fun. 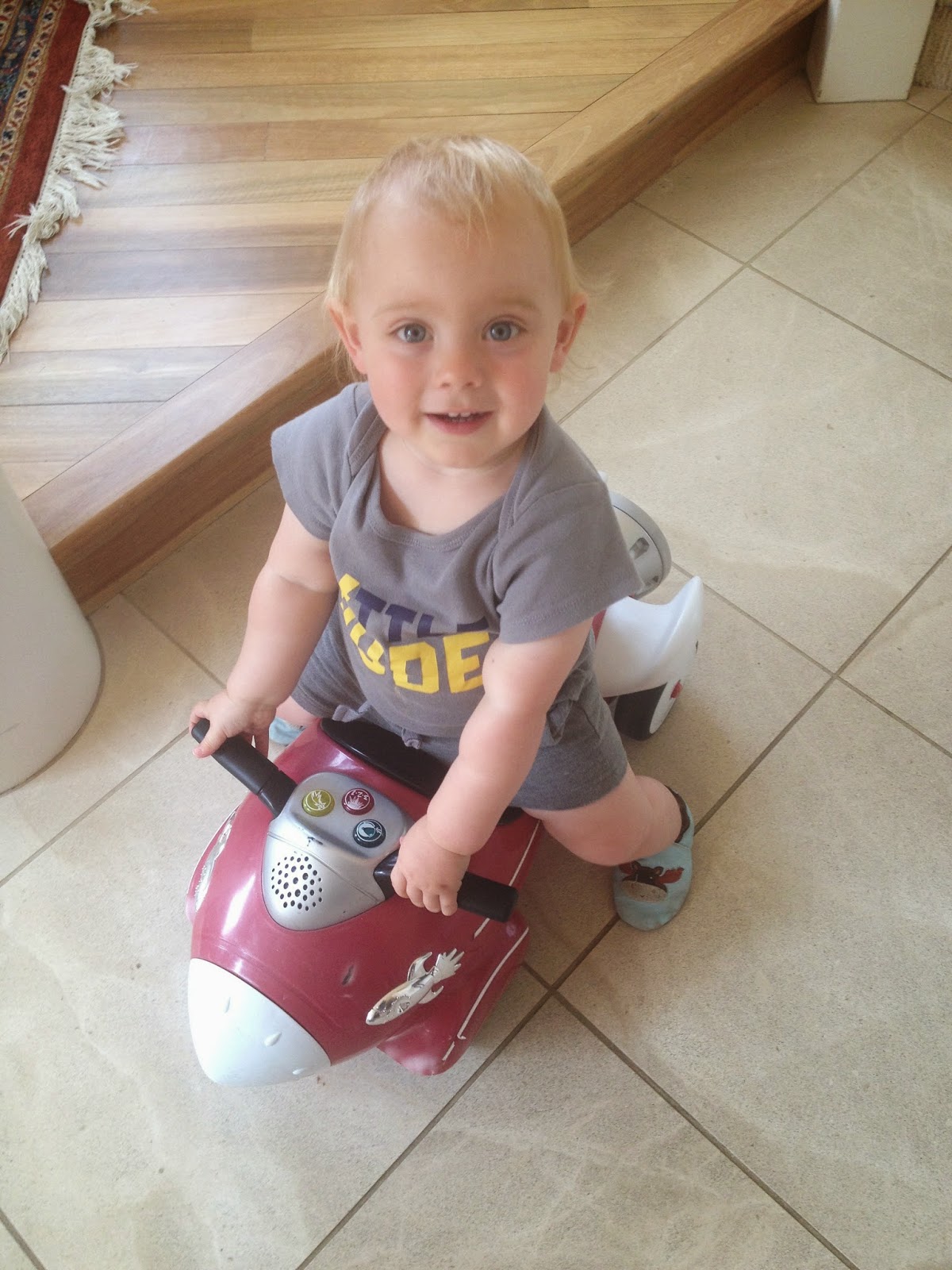 Silas thought grandma and grandpa had some awesome toys. 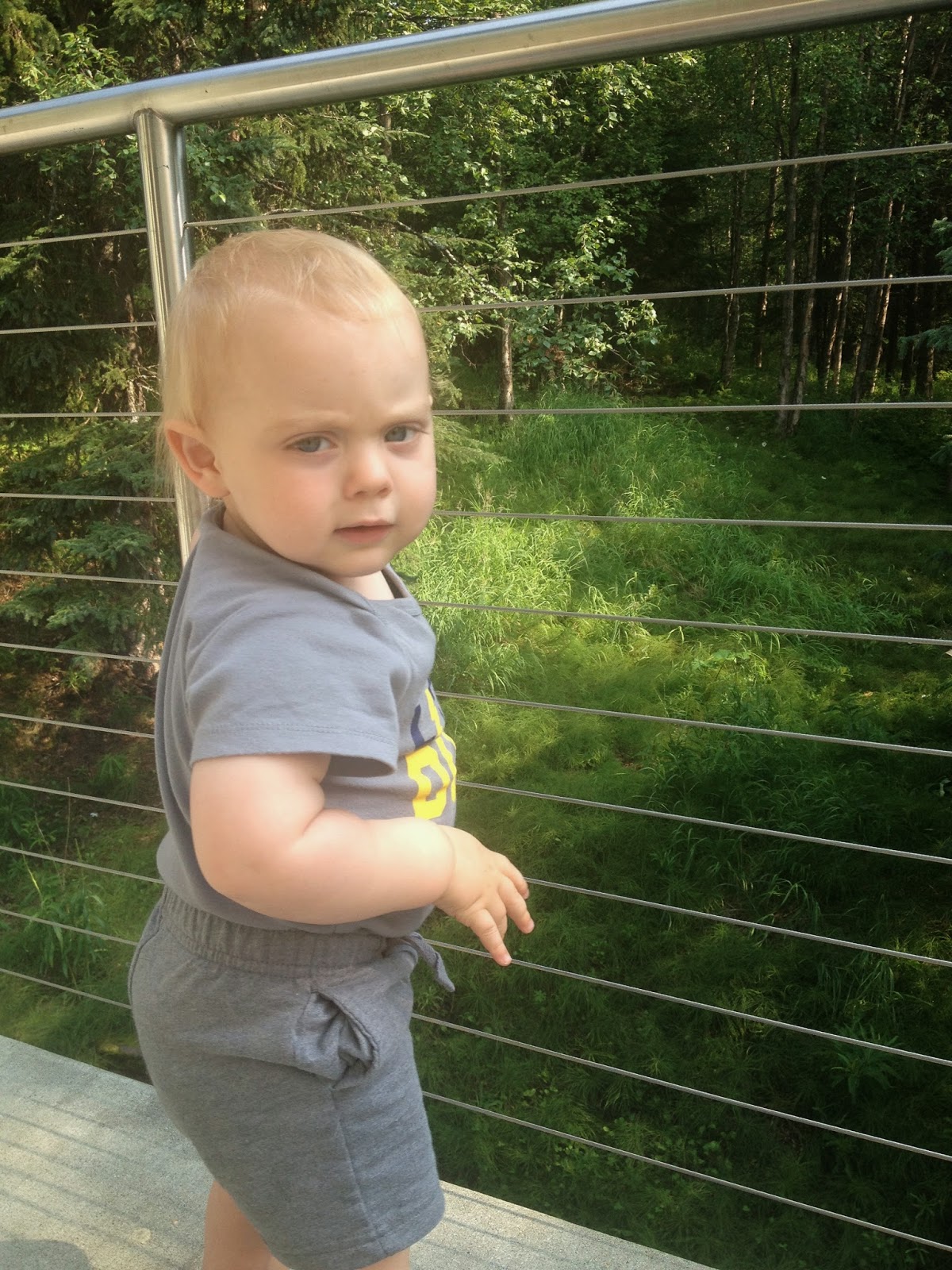 They live in an awesome location as well. 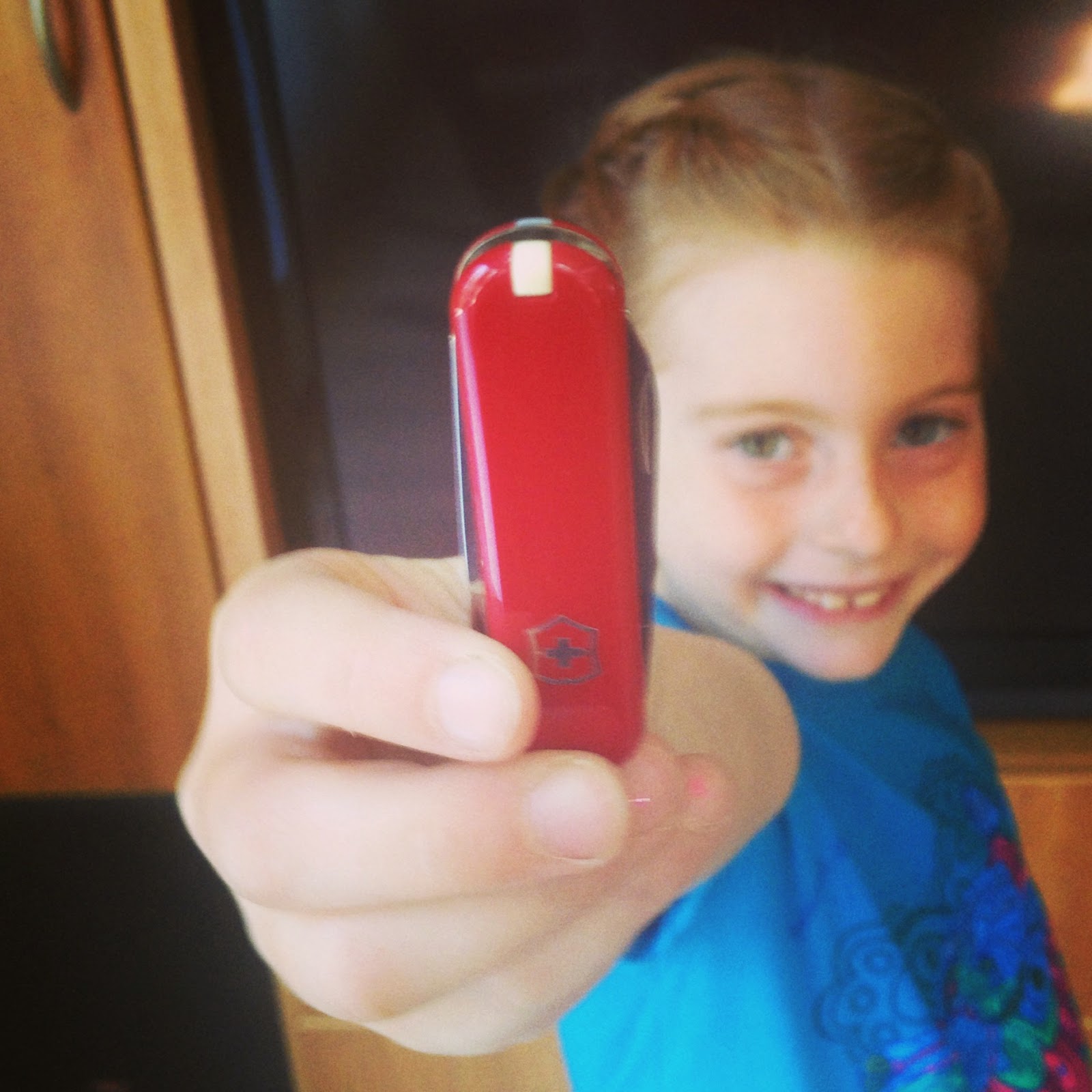 Skadi's big purchase in Alaska - her dad bought her a pocket knife. 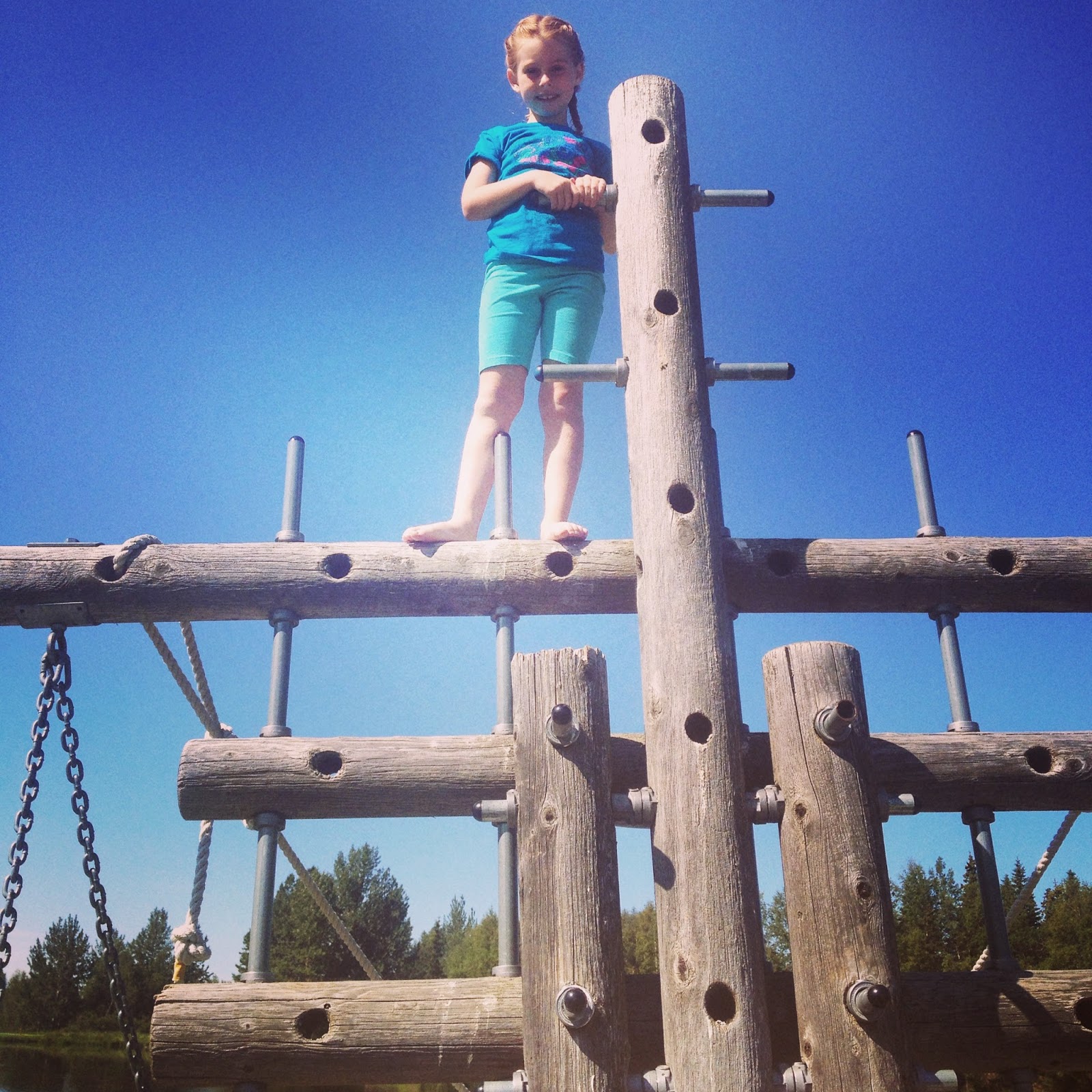 Pirate ship on the lake that grandpa lives on. 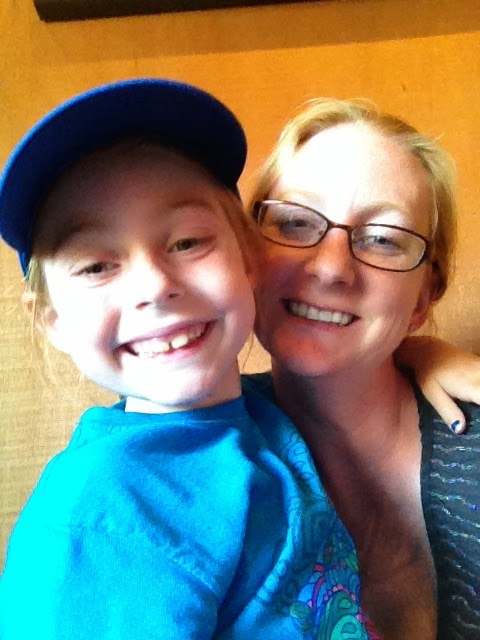 Waiting for a table at Moose's Tooth - yummy pizza! 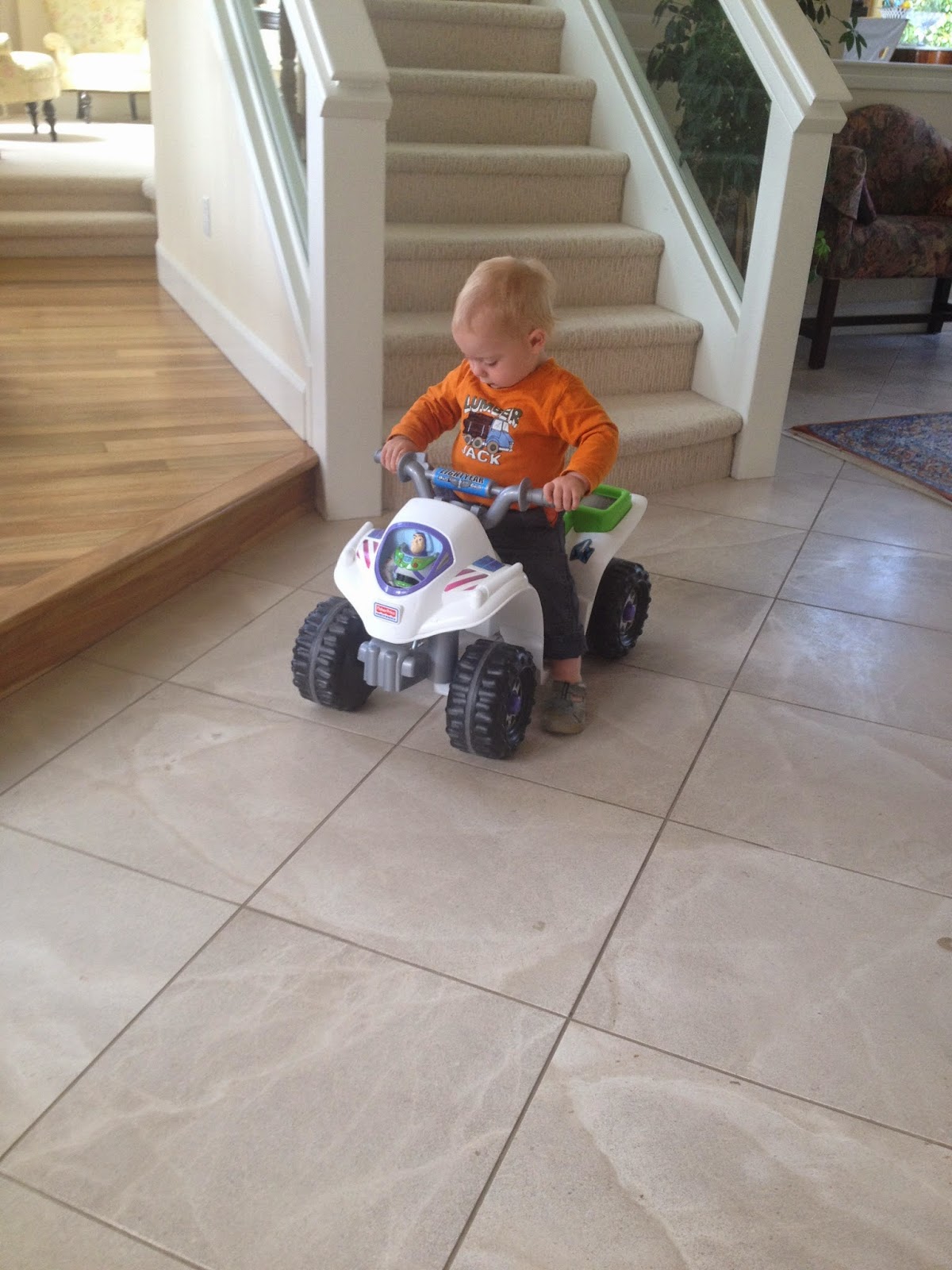 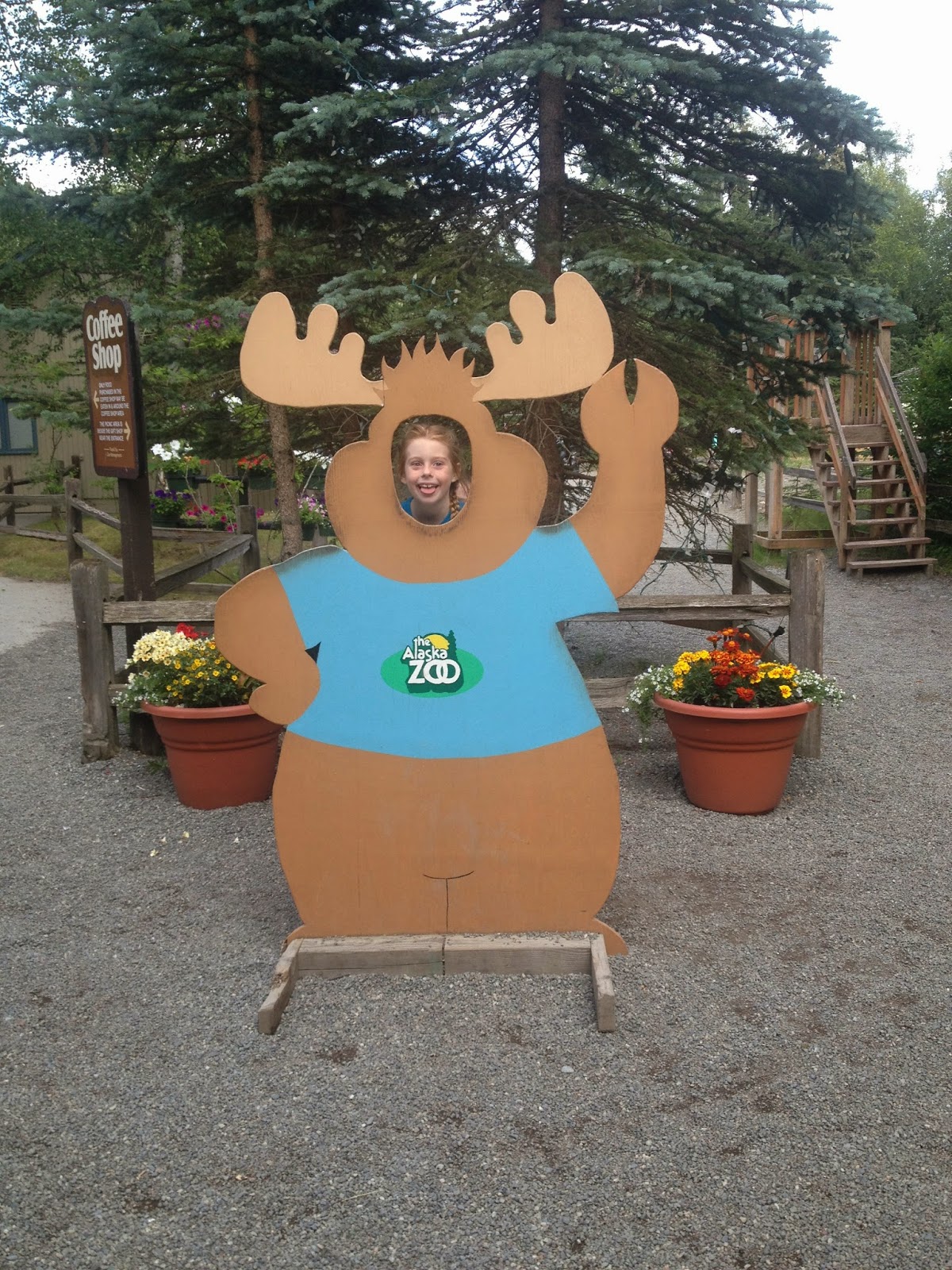 Alaska Zoo - always a must do - but pretty run down. 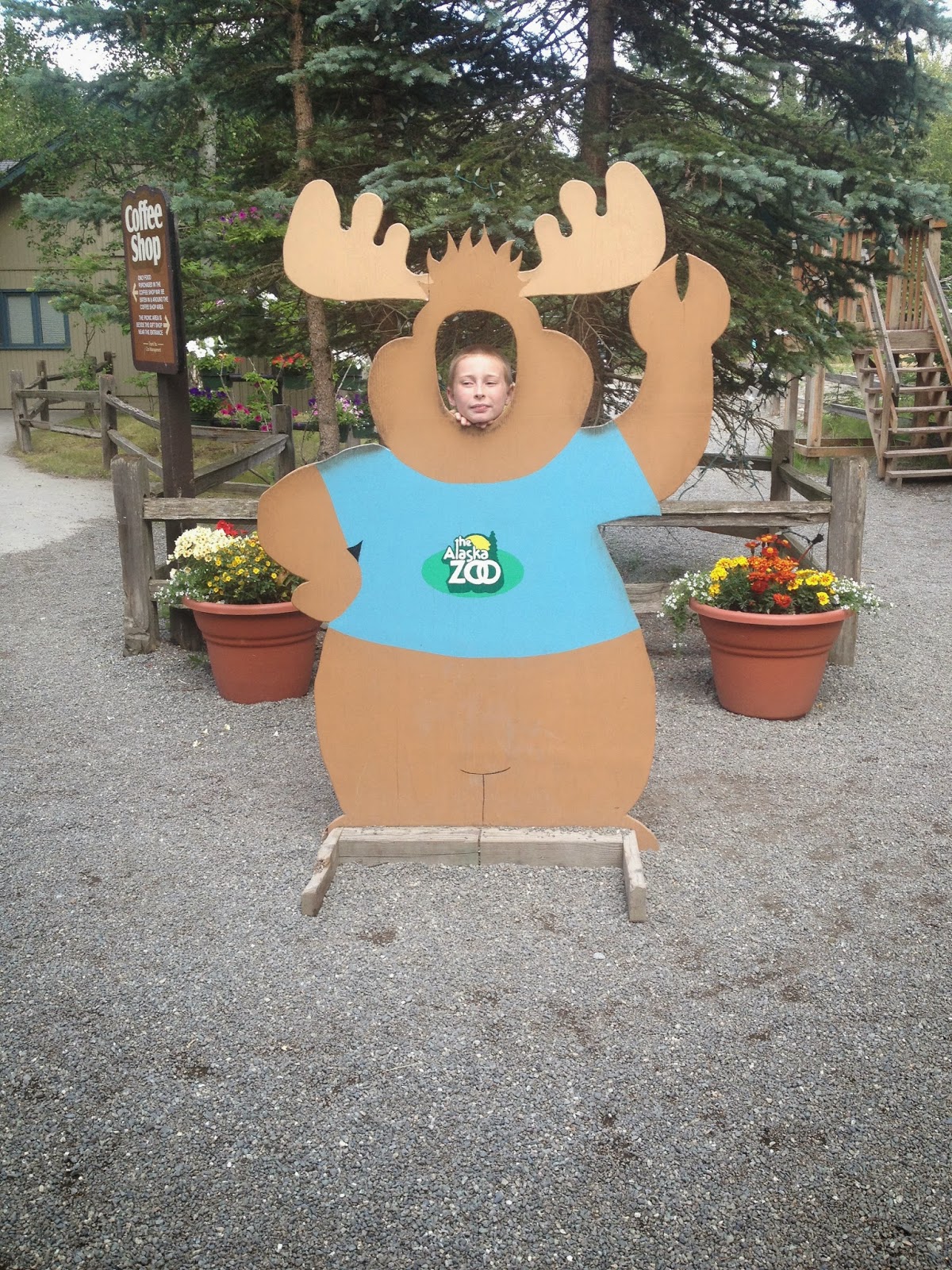 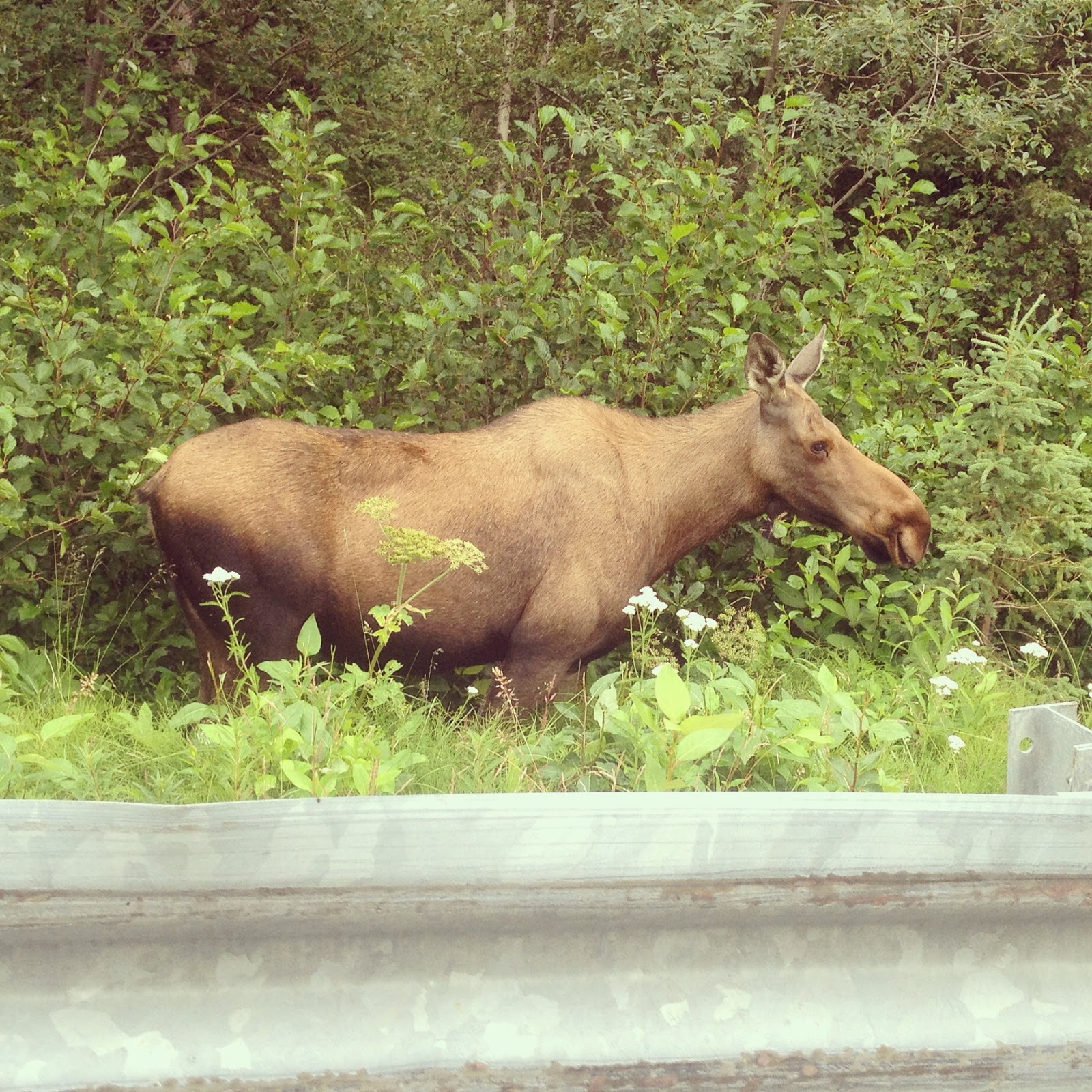 One of my fascinations is the moose wandering Anchorage. This mama had a calf behind her. 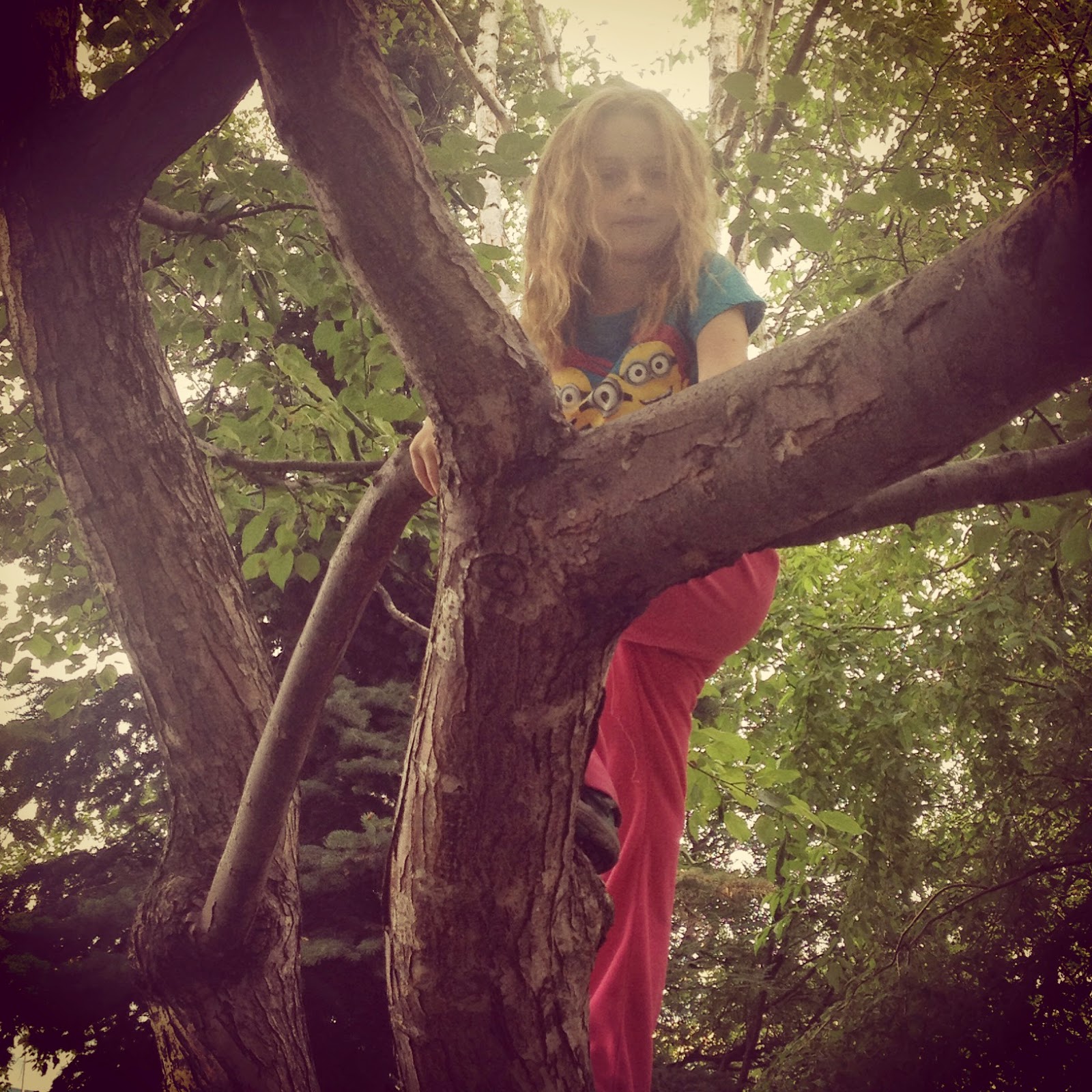 Downtown Anchorage - hanging out for a bit. 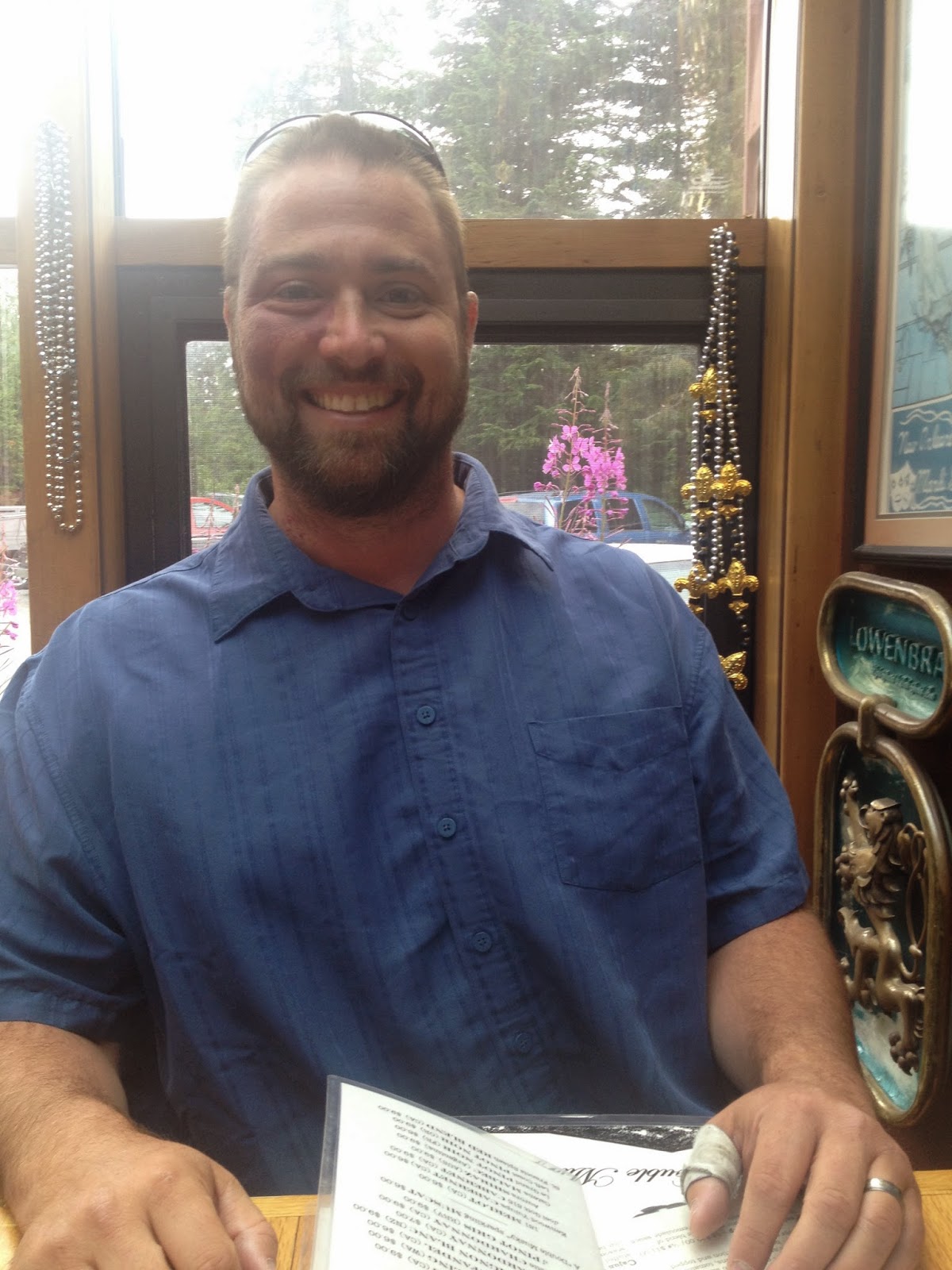 Hans and I escapted for a long awaited dinner out together at the Double Musky. We have tried for years to get in and for a variety of reasons have always been thwarted. The Alaska version of Cajun. 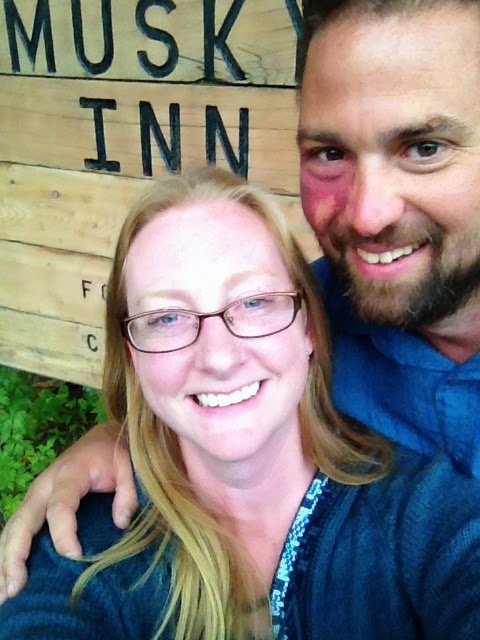 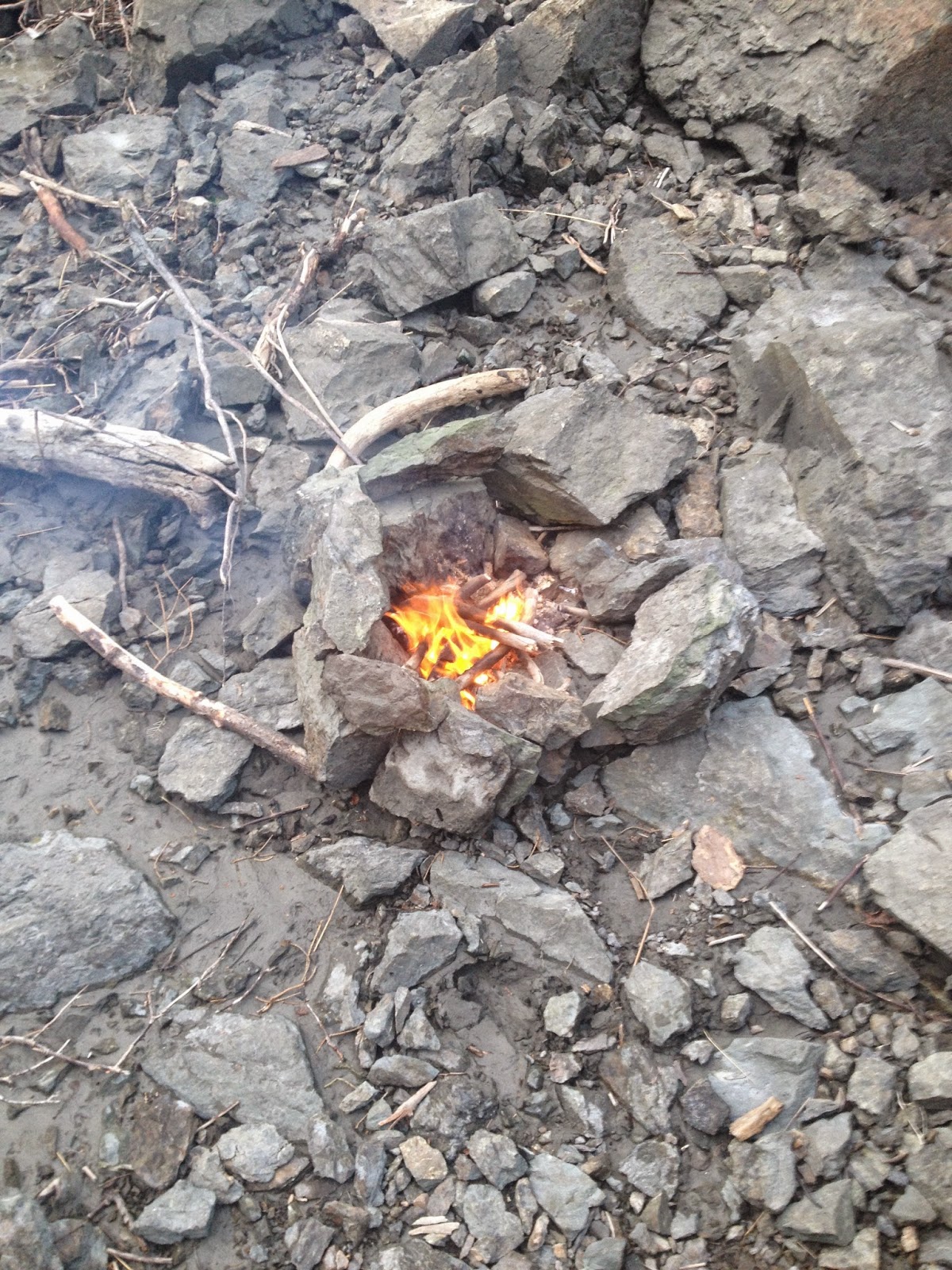 After the Double Musky we stopped at Beluga Point (where I have never seen a beluga), and built a little fire on the beech. 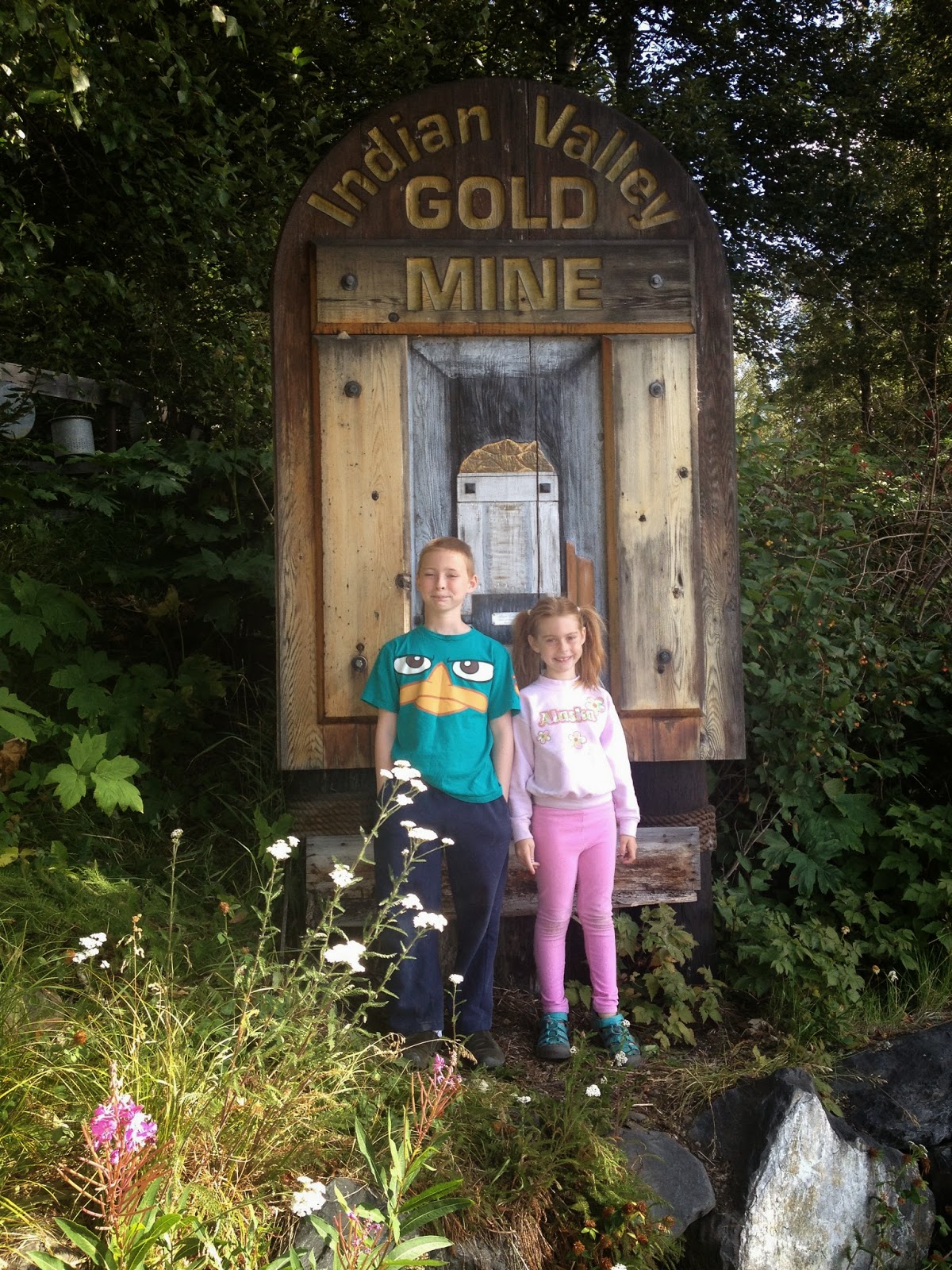 One of the highlights for the kids - panning for gold at the Indian Valley Mine. We found a few flakes and Leif found a nice garnet. 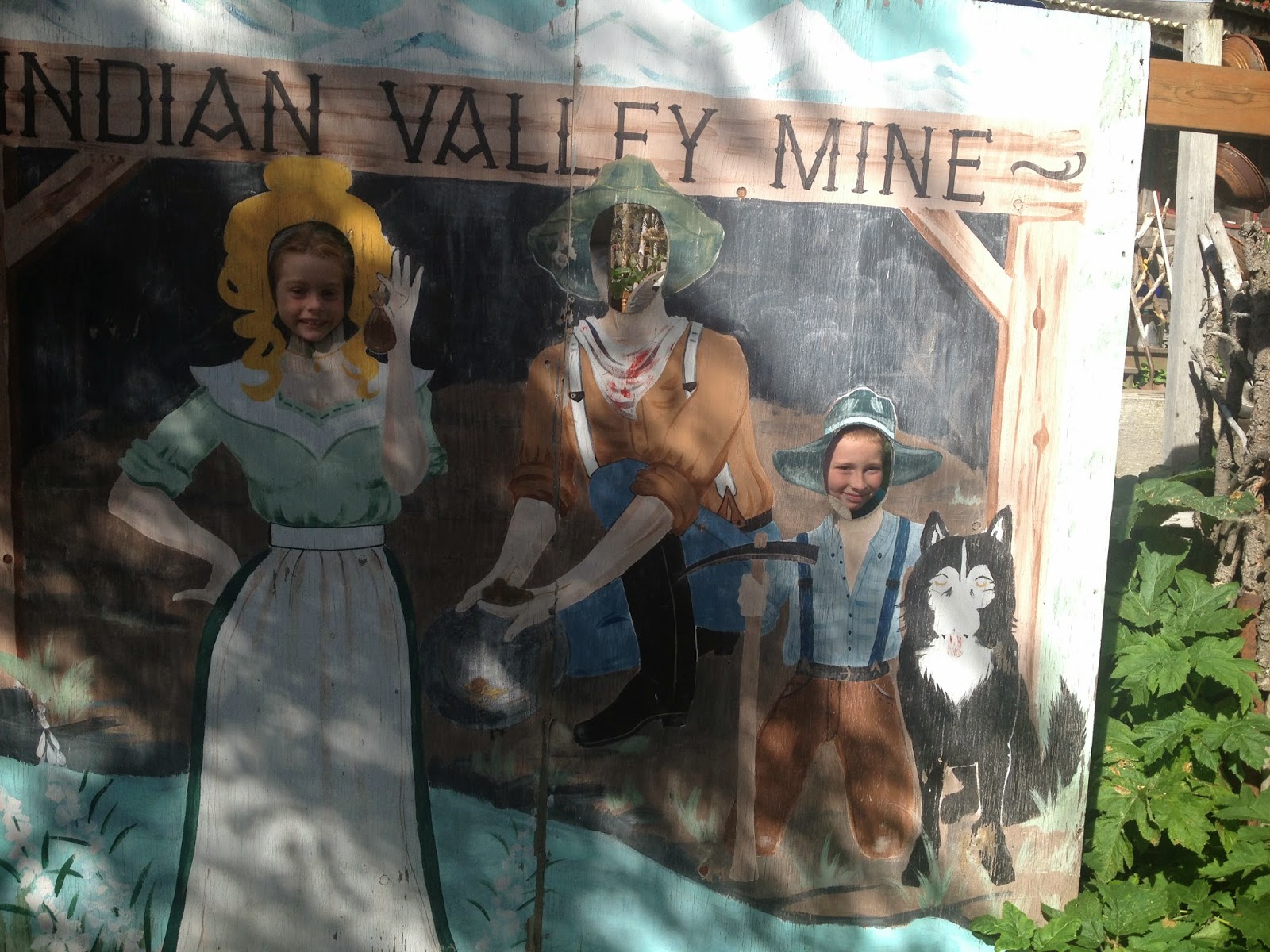 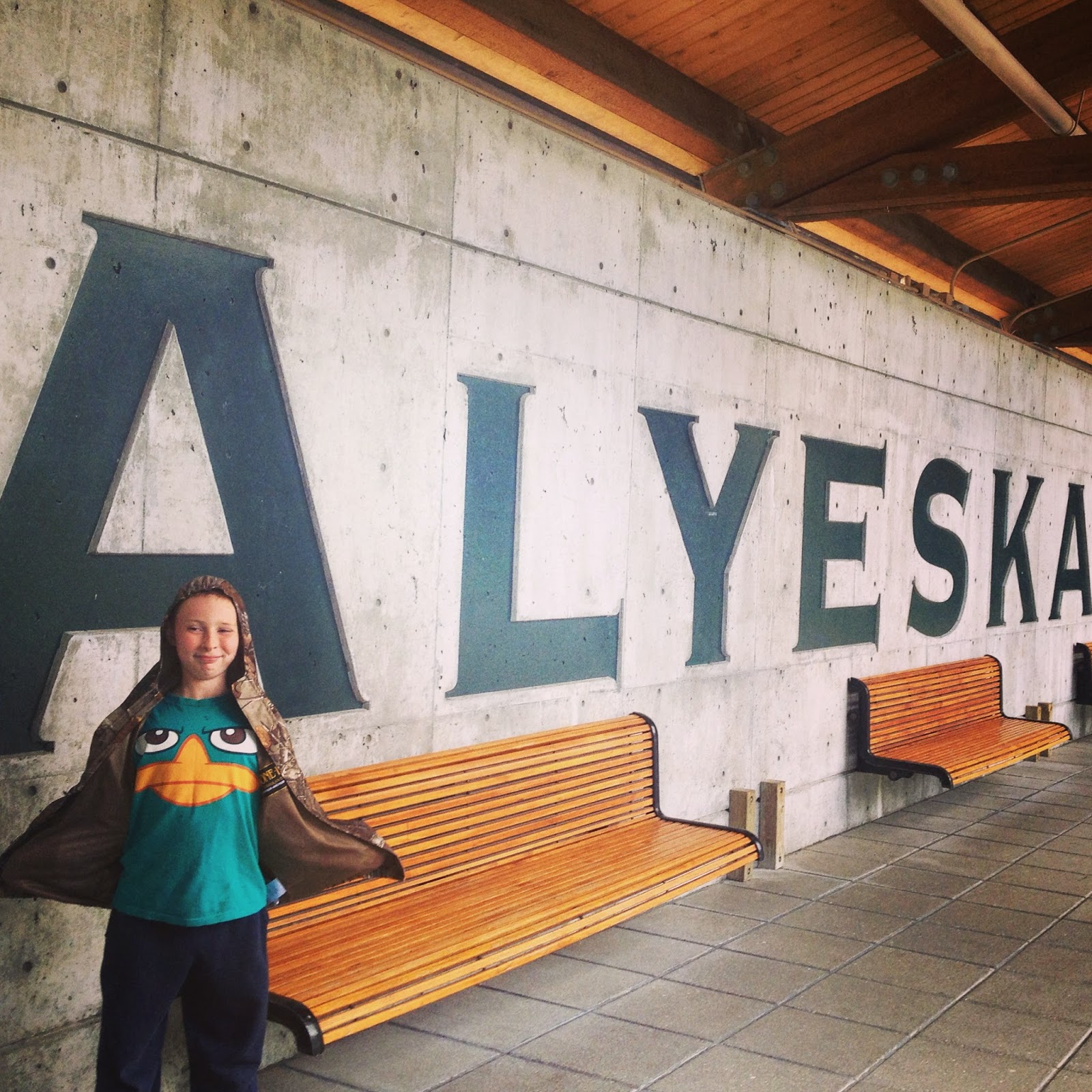 Hike after the mining at Alyeska - the lowest elevation ski area. 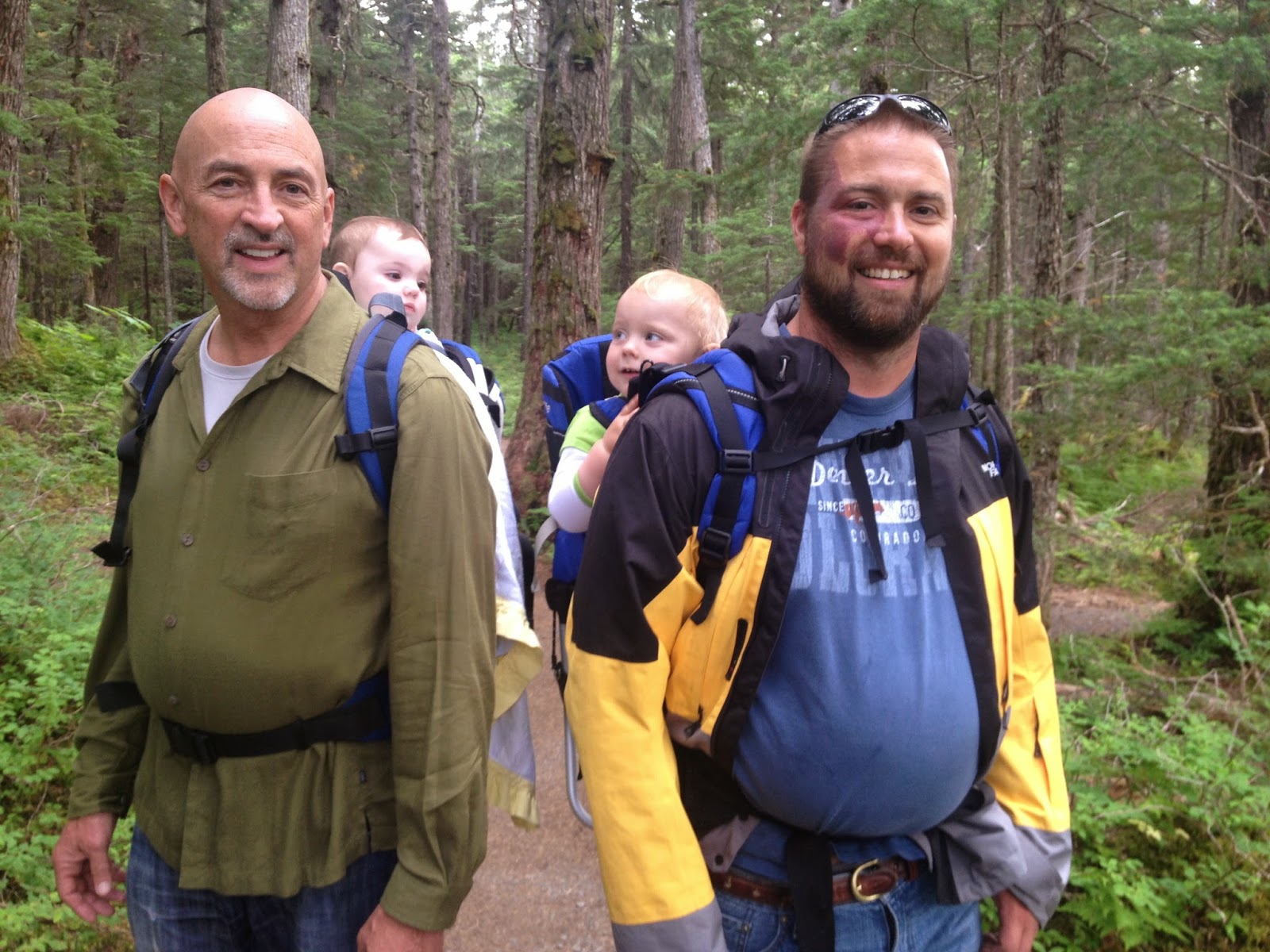 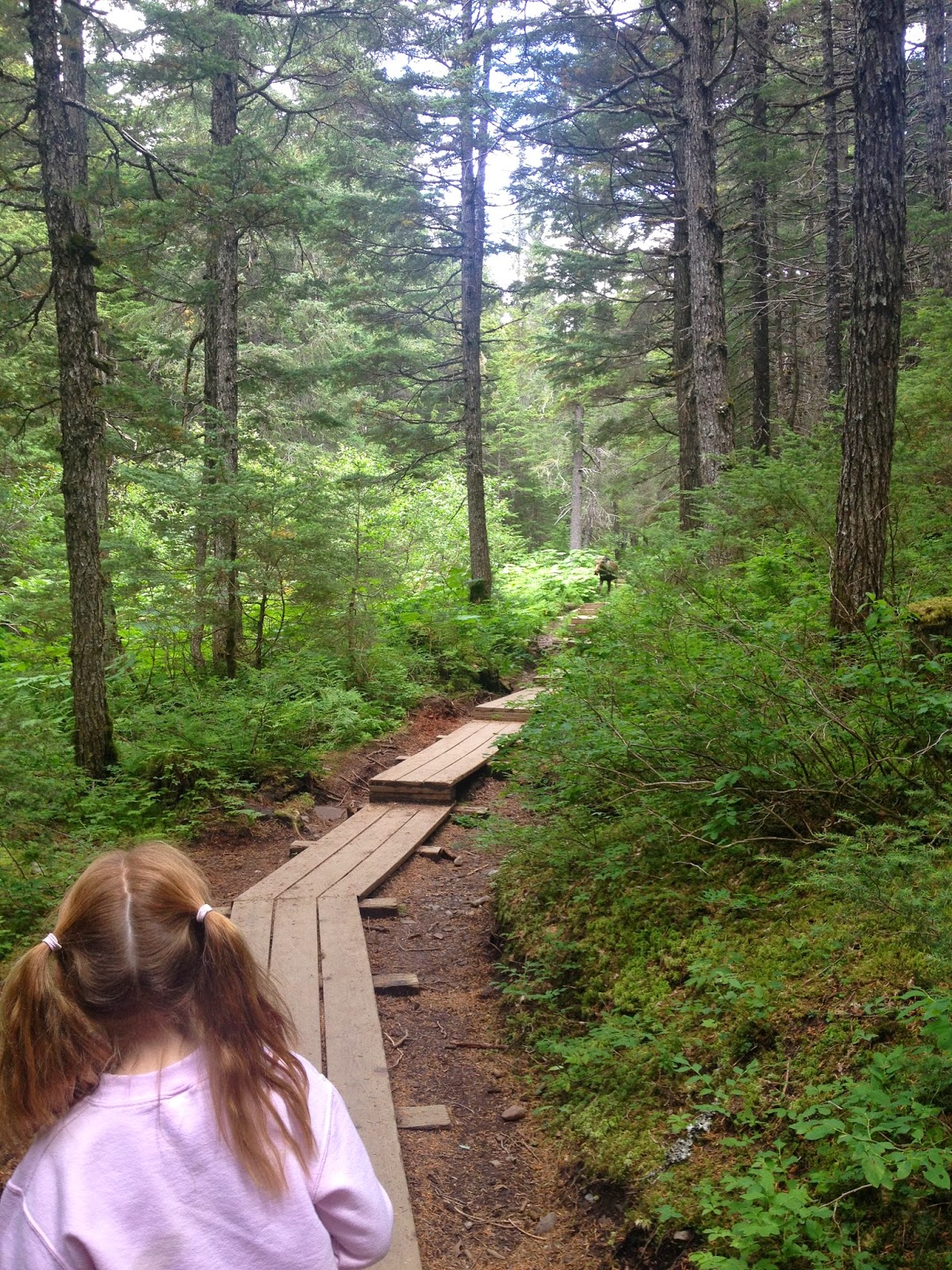 There's something up on that trail! 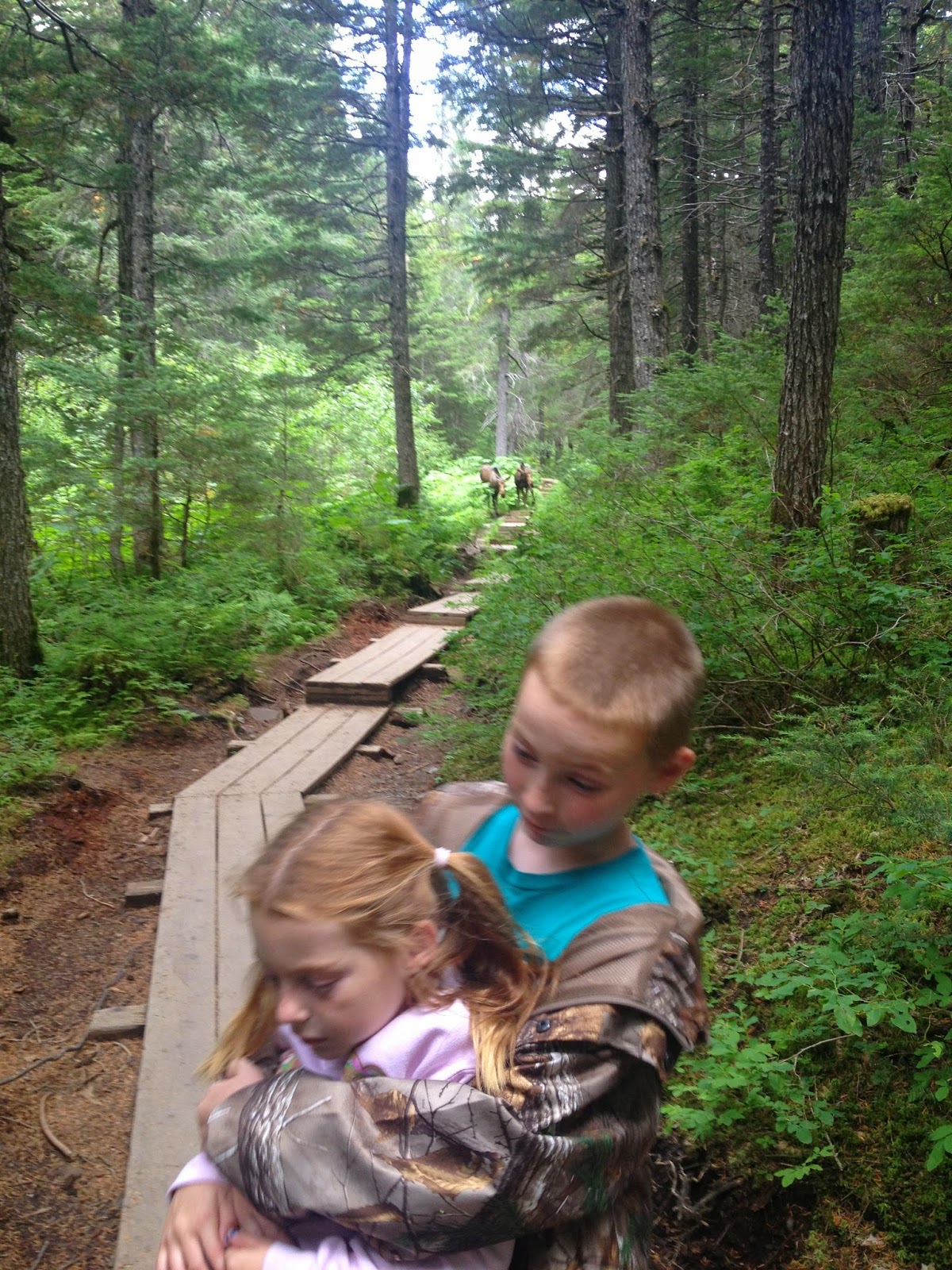 Don't worry, Leif will save his sister. 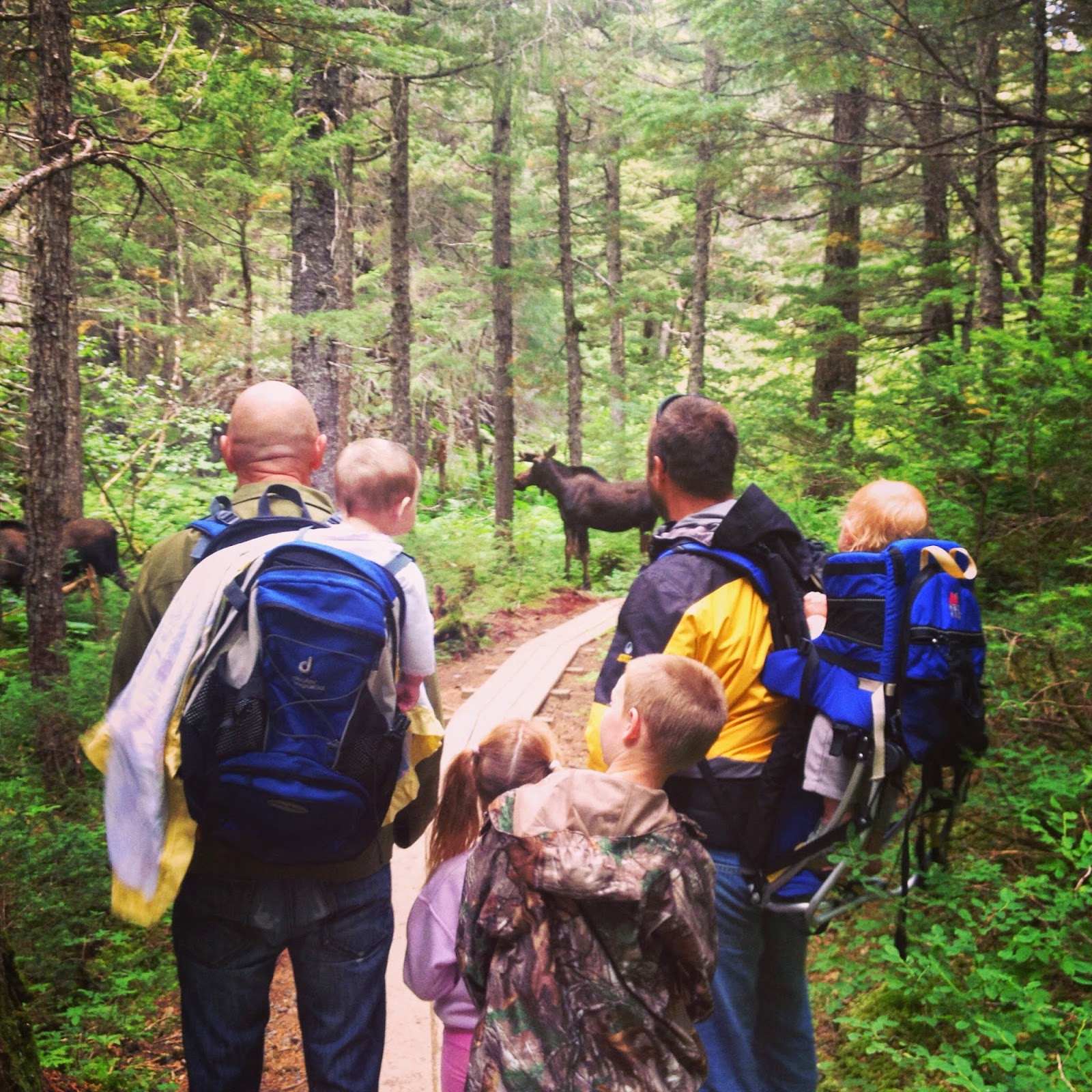 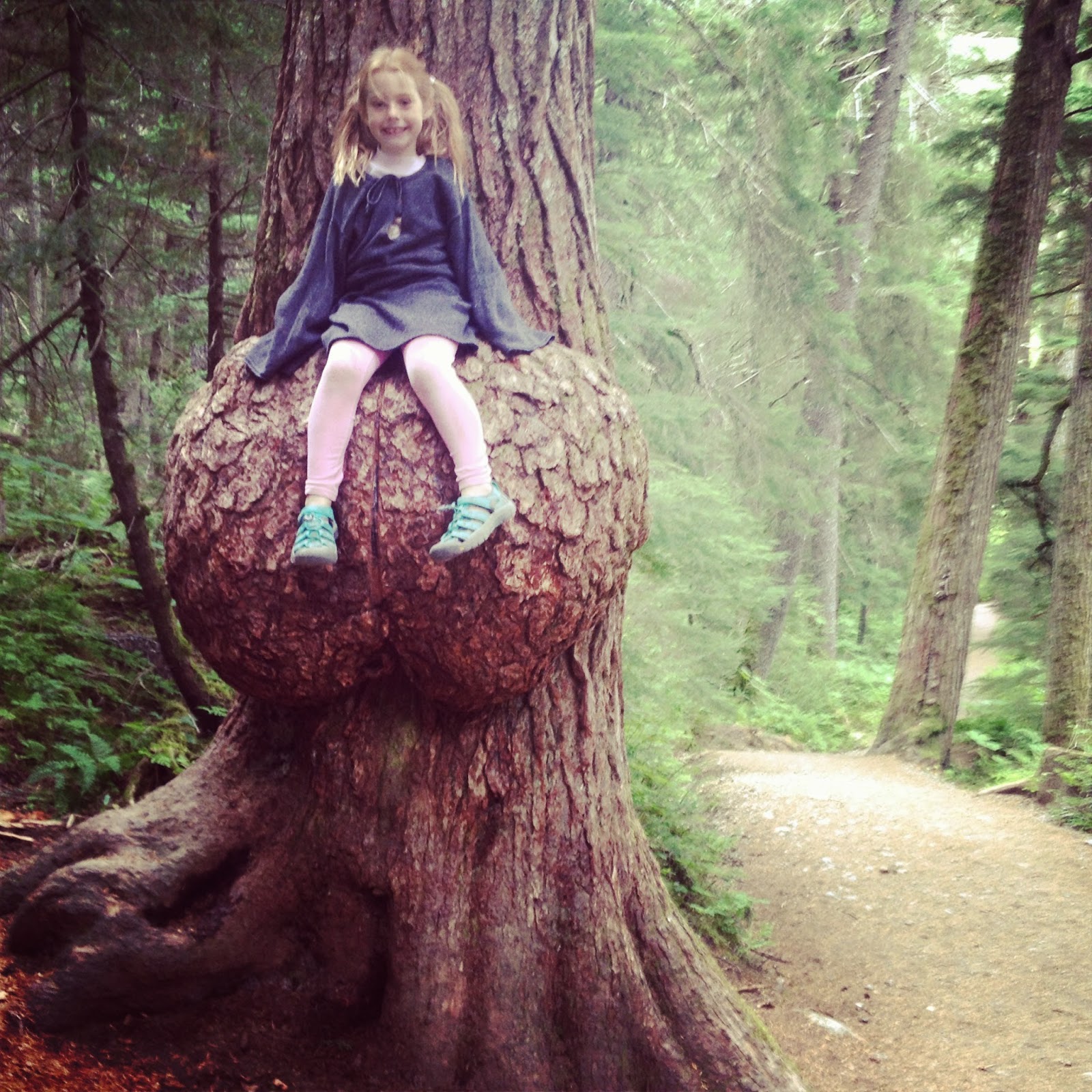 The tree with a big butt. 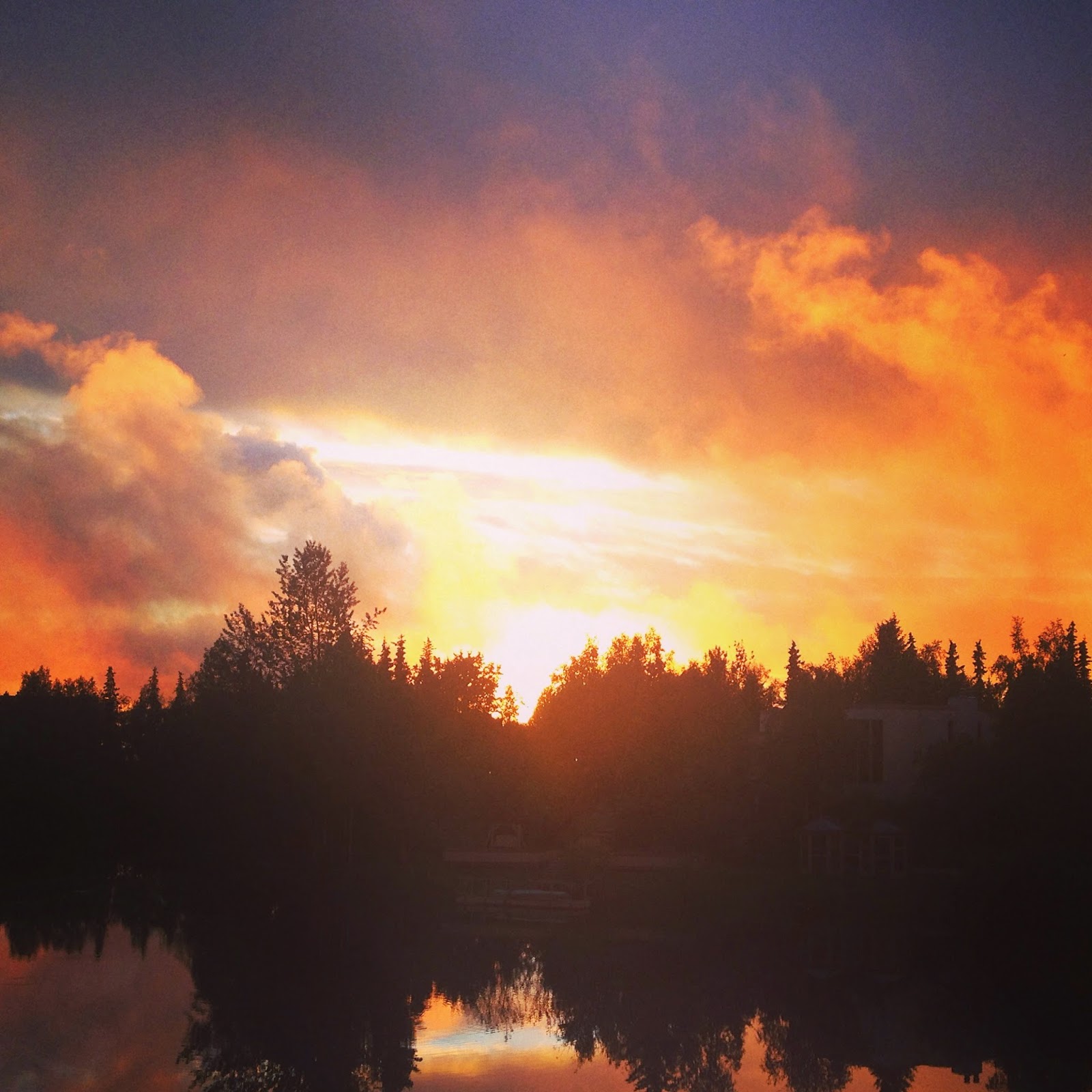 The last night in Anchorage - the sky put a show on for my husband who didn't want to leave. Someday we will make our home here. It may be as soon as 5 years, it may be once Leif and Skadi graduate from high school and we have a 12 year old left in the house. Or it may be when we are empty nesters. It's hard to give up two good jobs in hand and mine affording me the flexibility I want to spend time with the kids and do the work I enjoy.

We got up the next morning and I was outside in the driveway with the kids. They had (for days) been out riding the little four wheelers up and down the driveway. For some reason this morning I was out with Skadi, Silas and cousin Wesley. Skadi very non-chalantly says, "oh look there is a black bear there!"

Sure enough there was a black bear at the top of the driveway - Skadi says he was about 10 feet from her when he walked out of the forest. Only moderate panicking from me as I scootched all three kids in the front door and cursed that I had left my camera on the counter. I was able to mark one thing off my list new this time around - black bear in the wild. In my own head I collect wildlife sightings - I have seen brown bears, black bear, eagles, and moose in he wild in Alaska. I need to mark off polar bear and musk oxen. Thought the polar bear I hope to see from afar - Hans was able to see one before he left working on the North Slope.

Leif - "Going for a long walk with Dad on the beach."

Silas - The four wheelers at grandpa's.

Hans - The octopus experience and fishing.

April - "Seeing wildlife and walking on the beach."