When AB and I left Reno, I was sad. I went there a bit reluctantly... sad to leave Colorado, but happy to get away too. Going somewhere new. A long ways from family. With someone special to me - AB. I didn't expect to fall in love with Reno, but I did.

I was invited back to Reno to the University this fall when I was notified that Congratulations, I had been awarded the "Young Alumni of the Year" award for UNR. I immediately questioned whether they had the right person... they did say "young". And well I am 12 years out of my Ph.D. But apparently you are young if you graduated less than 15 years ago. They asked me if I would attend and I couldn't resist even though all I could envision was swollen boobs and pumping around the clock and my husband dealing with a baby for a few nights.

But how often are you awarded this type of award really? I had to go.

I booked my flight, booked my room at Circus Circus ($49/night special - can always count on the Circus) and it was on. 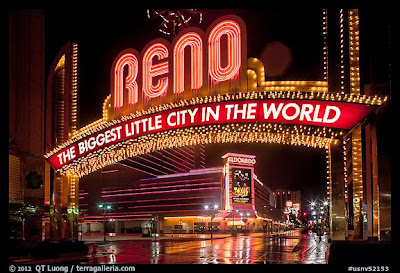 I arrived and wandered around the Circus Circus, Silver Legacy and Eldorado complex. I rode the Circus Circus train over to the tower where my (actually very nice) corner room was. While on the train two girls sat across from me. I asked them where they got their Starbucks, making a mental note for tomorrow. Then one of them eyed me and said it... "where are you from?" I suppose it was the tone. It wasn't "oh, where are YOU from?" It was "where are you FROM?" Like I had probably never been there before. Hard to explain. Anyways, I told them and added the caveat - "but I lived here for about 6 years in the late 90's.

It was like walking into a 12 year time warp. The big dome with the rig is still there. Only a lonely ghost hanging out for Halloween - no laser light show that I saw. If you haven't seen this, it is huge. Like 4-5 stories tall I think. Humongous. 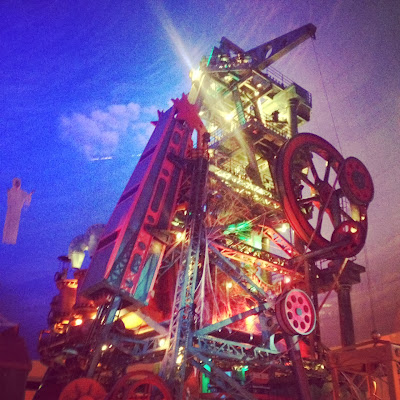 The Bistro Roxy is still there - first martini bar I ever entered. And outside is the fabulous Bacchus statue. Same same. 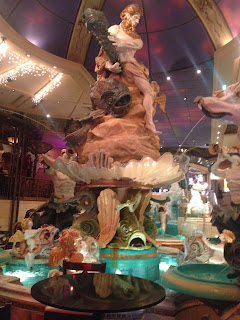 The next morning I was up nice and early courtesy of the melons attached to my chest. I got up, gazed at my old stomping grounds... and went for a drive before meeting my graduate advisor (now the chair).
﻿ I drove up to our last apartment while in Reno. This is what I remember - a great view of downtown Reno. Our beautiful dog, Winny. And the balloons from the balloon festival flying overhead. Ah the days. 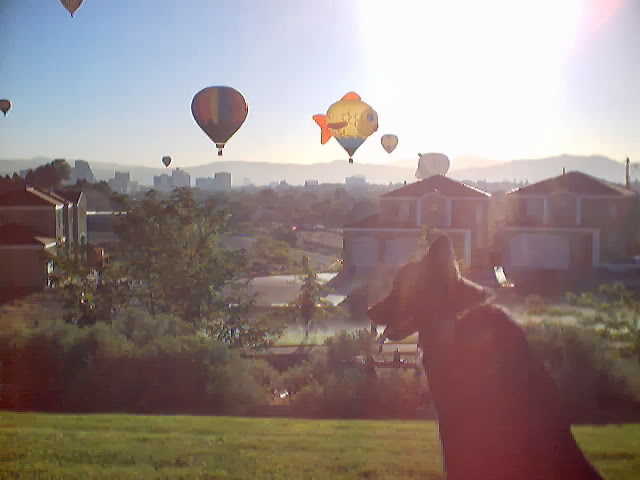 And now. Built up enough that I doubt there is a view from FF103 anymore. Did you ever hear the story of FF103 and F103? AB loves to tell this story. A tale for another day. I guess what really surprised me though was the foliage up there. You can see in the one above that Winny sat in front of sagebrush. Not anymore. 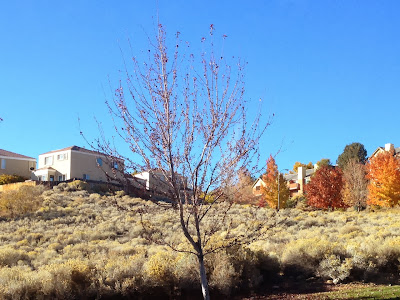 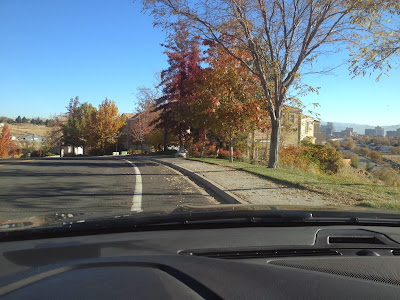 But there were the bad times. The upstairs neighbors at that place that still make me bristle. The management of the complex that spontaneously lost every noise complaint filed. Resulting in the one and only time I have had to mentally restrain myself from knocking the living shit out of someone.

We had previously had a great apartment in South Reno with wonderful walking paths nearby. But we wanted a dog - and they wouldn't let us have a dog. Sad. The second floor apartment here is our first Reno apartment. Where I hosted my first Thanksgiving dinner. Where we were sleeping when a 5.2 magnitude earthquake hit. 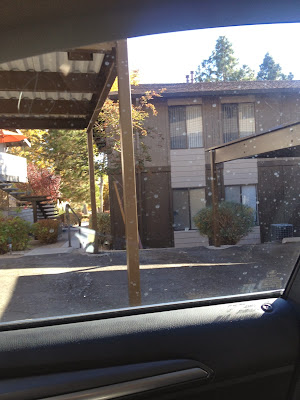 I drove over to our old walking/running path and called my advisor to see if he was ready to meet.


So some things never change? Yep. My advisor still looks like he is 22. But even scarier... the lab. I could have walked out of there 3 weeks ago or 12 years ago. I used to sit in that chair. I put that chamber together. Even the same computers - my advisor lamented. See those drawers? That is my handwriting on every single one of those labels. Labeled and organized THEM ALL. Even the signs were the same. "CASEY GROUP" on the front door (blocking the looky loos)? Mine.
﻿ 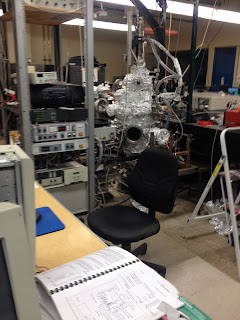 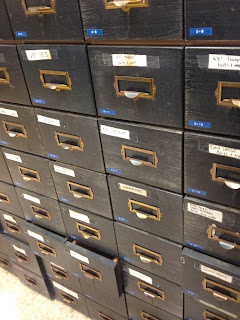 We walked around the new buildings on campus and it appears that the University is doing quite well with the new buildings. But I got to learn about the other side of things. The state funding side from my former advisor. I learned that they have a wonderful piece of equipment that they can't even set up because they have no money to pay for the argon to run it. Sad. I fear for the future of my department.

So I suppose it shouldn't have been a surprise how that evening went at the Alumni recognition event. I was whisked in - I was a bit late because Reno has changed A LOT. I saw faculty from my department and was anxious to get over and stand with people I knew. I am not good with small talk. Though I have to admit I think I am getting better.

Nope. I was ushered past the people I knew and whisked up to the Dean, who shook my hand and shook my hand. Told where I would sit - with a large donor family (whose son was also being honored) and then *I* became the dog and pony show.

I met donor after donor and was (embarrasingly) lauded as a huge chemistry department success. I chose Nevada for grad school because I wanted a small department where I would have a good chance at success because I had absolutely no confidence I would succeed otherwise. I loved my time at UNR. I had a great class I entered with (about 50% graduating success I think) and I felt I left with an excellent education that spanned chemistry and physics.

I am an introvert. I am a woman. As I learned from the Lean In book, the fact that I shun recognition is probably more of a quality of being a typical woman. I looked around the table that night at the man (and his family) who was also being honored and he beamed at pride at every recognition while his wife made certain to remind everyone how MANY awards from the University he had achieved in the past few years. Really a smart and entreprenuerial guy actually. I kind of envied him. Actually I envied his self assuredness. I tried to sit up straight and stick my chest out like he did. Then I became increasingly aware of my swollen melons and worried they might rupture... when last did I pump anyways?

When the Dean read my list to the audience I know my face was beet red. And those at "my" table looked at me with jaws dropped. I wanted to make excuses - it was my teams. They deserve all the success. Not me.

Then I canned it. I went through hell for a few years with an extremely difficult team situation and strong personalities who wouldn't be sidelined. Until he was.

I freaking deserved this. 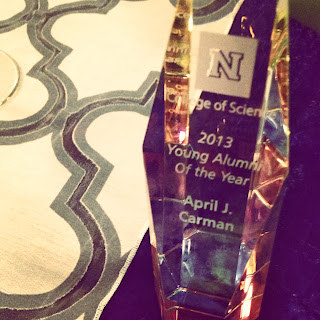 You DO deserve that award! Thank you for the trip down memory lane. I love the picture of Winny and the view from your old apartment. Happy memories sitting on that patio and looking over the city. And of course Circus Circus....