So as promised – Skadi “Bean’s” 8th birthday. Skadi has assumed a nickname courtesy of Silas and we think it will stick, maybe even surmount “Bean”. It’s “K.K.” Silas has called her K.K. now for months – since he started talking K.K. was one of his first “words”.

Back story – for those of you who don’t know the origin of “Bean” or had forgotten… Skadi was born Skadi Jeanne. Same middle name as me, my mom, my grandmother, great grandmother… When she was born my mom called my grandmother and told her that she was born and we named her Skadi Jeanne. My grandmother was quiet and very nonchalant acting. Almost annoyed, I recall my mom telling me. It wasn’t until a few weeks later when she apparently worked up the nerve to ask my mom if “Bean” was a family name in the Carman family? Huh? We all got a lot of laughs out of it, particularly since there was a similar incident when I was born that involved my grandmother writing a letter to her family in California informing them of the birth of her granddaughter. My grandmother had notoriously bad handwriting and in a few weeks I started receiving gifts for Axel. My great grandmother and great great uncles called me Axel for years.

So anyways, Skadi seems anxious to lose the Bean and embrace K.K. and occasionally I even falter and call her K.K. myself.

Skadi had a hard time deciding what she wanted to do for her birthday. She had wanted a big party, but since her main birthday gift was actually a plane ticket to come to Colorado with me for work, I said no. Only a house party with a few invites. She labored over her invite list and I crossed a lot of kids off. SMALL party, I emphasized. A sleepover, she countered? Ok, 6 girls from your class, I told her. Then I gave on one thing.

“But mom, Aidan is one of my best friends ever. He is so nice to me and we play together as much as I play with the girls!” she cried. (Yes, actually cried.)

So I sent an invitation in for Aidan with a note explaining that Skadi is having a sleepover party for a few girls and we wondered if Aidan might like to join us for the evening between 6-9pm for dinner, cake and fun? Then I got the text, “Actually he would like to come for the sleepover, thanks for inviting him!”

I gave the phone to Hans to read and his response was “I should have read what you wrote in the invite!” I was clear, I swear, that the girls were spending the night and that Skadi wanted Aidan to attend and I had recalled debating on the times to put in his invite!

I counseled with a few friends on what to do. They are 8 years old. Littles. If the mom is ok with it… Skadi has brothers. Her older brother has friends sleep over and they all play together. What’s the difference if one of the boys happened to be 8? We decided to roll with it and let the boy stay over and sleep in Leif’s room.

Leif’s response was key – “the difference is that *I* don’t know him and *I* don’t want some unknown boy sleeping in my room!” And he had a point. But we DID know an 8 year old boy that he is friends with. And one even that HAD been on the invite list and then pulled off when I started repeating my mantra “SMALL party”.

So I contacted his mom, a good friend of mine, and explained the situation. After laughing she said that yes, her son would come over and spend the night and the plan was done.

When I was in first grade my parents let me have a slumber birthday party and invite ALL the girls in my class. I could never figure out why they said, “never again” after that party and not even my sister got a comparable party. But it was all about No after that wonderful party.

I get it now. And now I will say NO! Never again! 1-2 kids sleeping over? No problem. Party? Nope.

A little bit of it was the strange boy attendee, but more was just all the different personalities and children I didn’t know and trying to figure out what was best for them. Most of the kids didn’t eat dinner. Or breakfast. They whined. They tattled. They didn’t sleep. They whined even more.

I am under no delusions that my daughter doesn’t behave the same way at someone else’s house and that she doesn’t annoy the crap out of other parents who don’t know her. But goodness gracious! We were all tired the next day.

The following weekend after the slumber party Skadi and I got on a plane and flew by ourselves to Denver! No boys allowed. Girls only trip.

I had to go for work. One of my students wanted to give a presentation at a conference. Then my client decided to host a session at a conference in Denver and it was a natural fit. We were shoe ins for talks, it was convenient, and my colleagues would be there creating a safe environment for my student's first talk at a big conference.  The only problem was that it was over Skadi’s birthday. AB agreed to my fabulous idea to take her with me and rely on family to field her as needed over those few days.

It was excellent bonding time for us and my family. Not living in Colorado, my kids just really don't know my family well. We went to the museum, she hung out with my sister, my brother in law and niece and nephew. Grandpa came down and took her to the zoo. She went to a work dinner with me. We went to Casa Bonita with my best friend and her cousin. We went shopping. We went to the American Doll store.

SHE GOT HER EARS PIERCED!

I would do it all over in an instant. We had such a good time together. 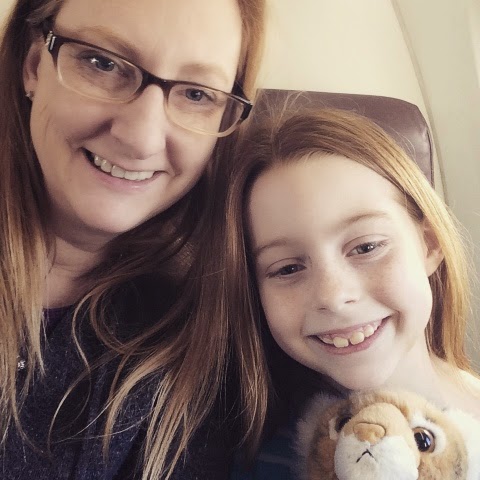 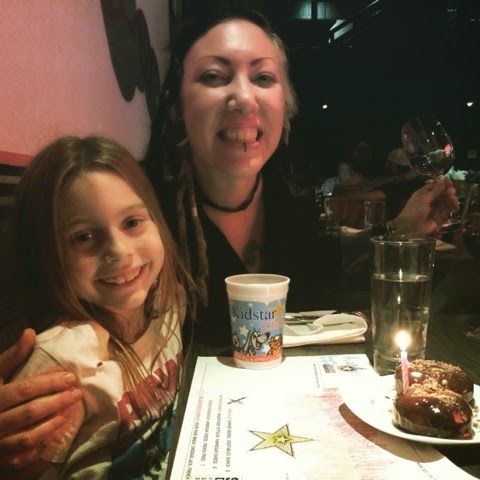 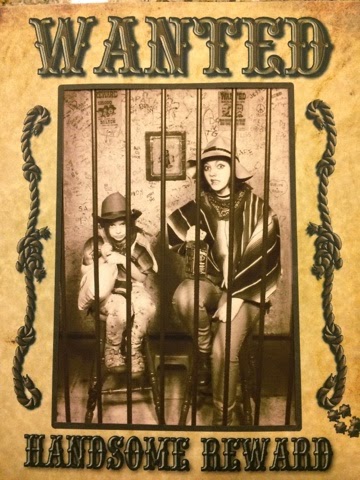 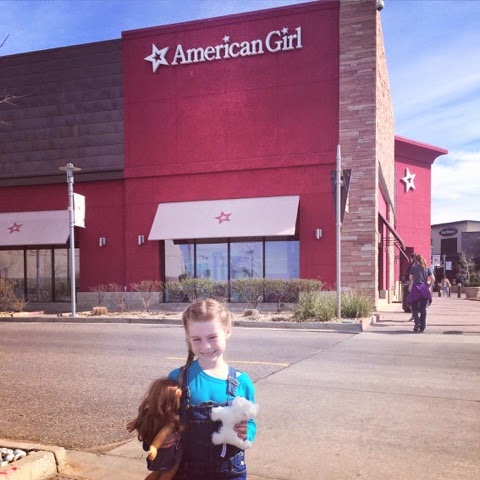 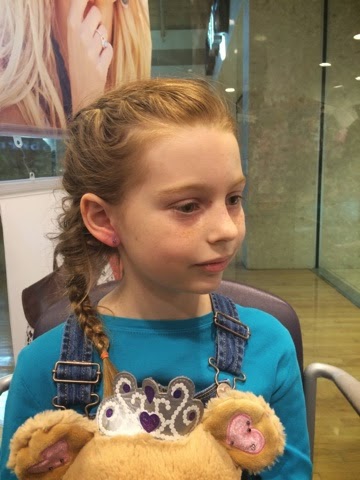 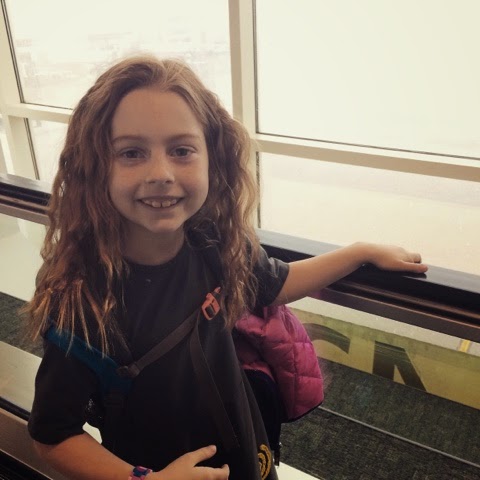 I can't believe she got her ears pierced! How exciting!!!