About 15 months ago we lost our first dog. The dog we bought when AB and I were serious. Together, planning a wedding and ready to take that first step bonding. Not ready for kids, ready for a dog. And we got a fabulous one. We lucked into our Winny when we ran across a batch of puppies called Belgian Shepherds. We were looking for German Shepherds, mostly. We ran home, looked up on the internet what a Belgian Shepherd was, it looked good. So we ran back, paid our $60 for a little black puppy who stole AB's sunglasses and took her home. 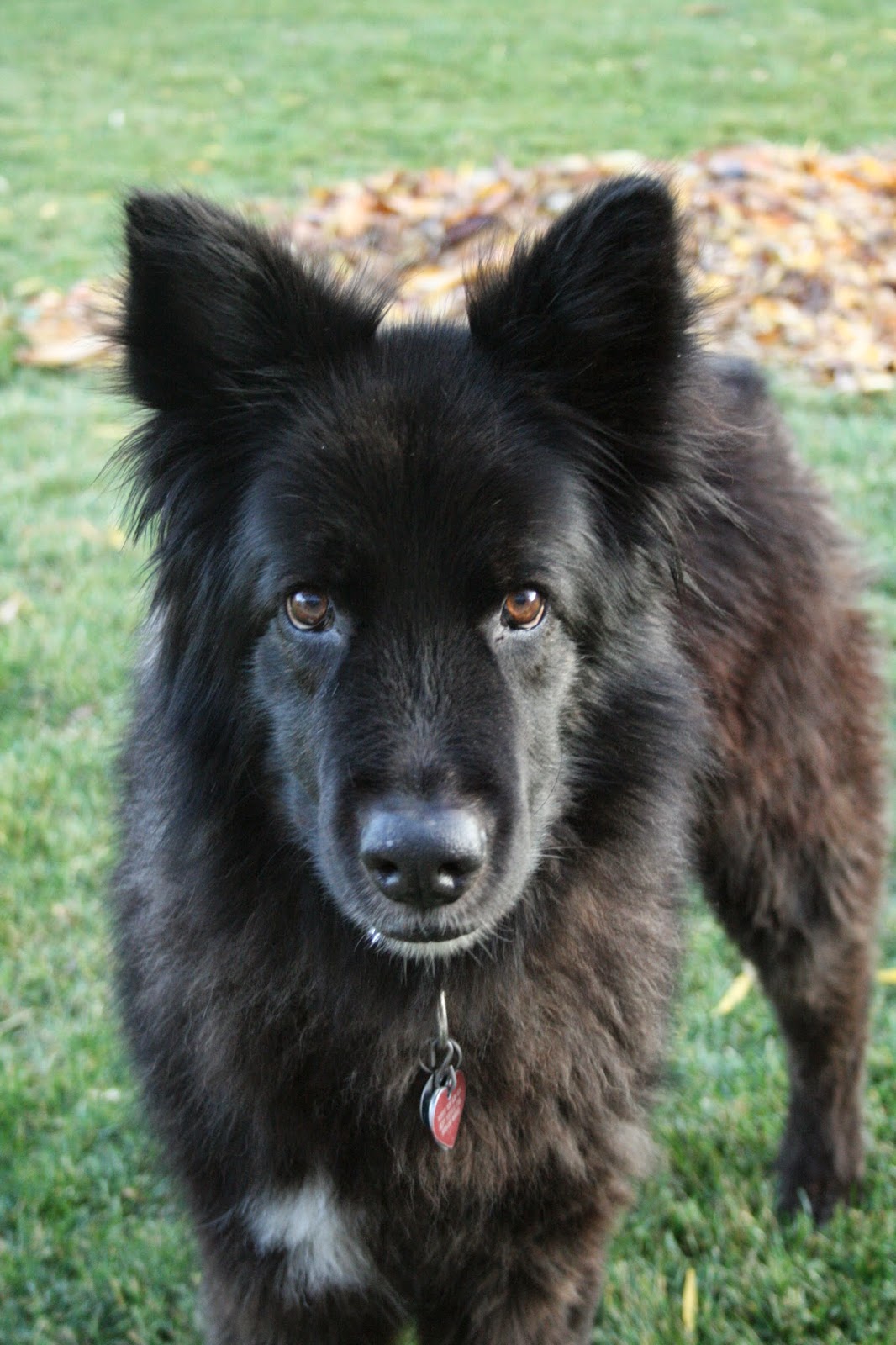 Aeowyn turned me into a dog lover. And she was an amazing dog.
Years went by - about 9 or so - and she started to show her age. Hips hurt, she slept a lot. So I decided she needed a sibling and I found one! A rescue. Also supposed to be a Belgian Shepherd - and she may have been 50% Belgian. But more Border Collie looking and acting. Freya. Freya wormed her way into our hearts and became a good dog too - after a little while. A little hyper and crazy, but wow, she loved us. And we loved her. Skadi especially. 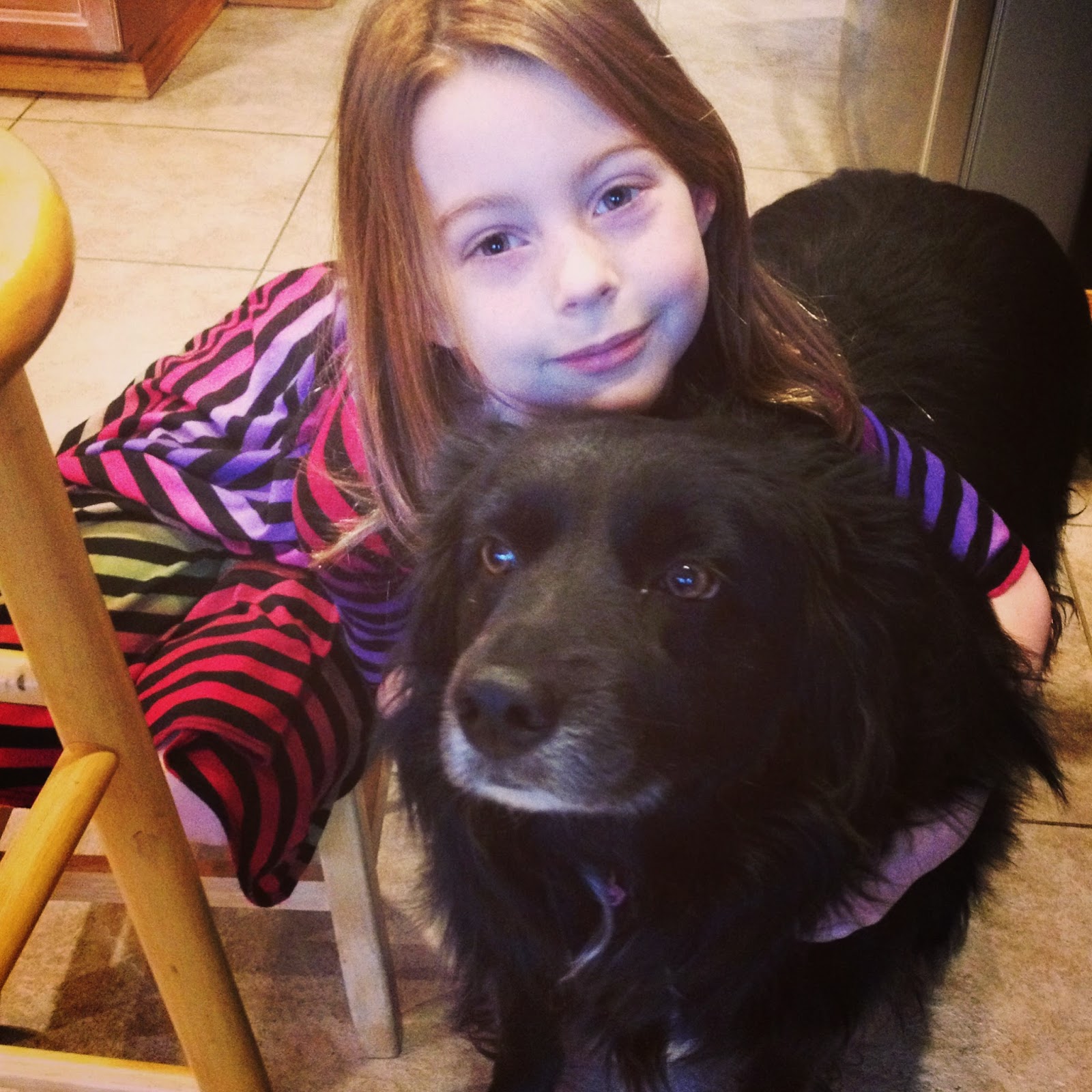 Then a few months ago in May we lost her suddenly to a surprise case of hemolytic anemia. We tried to save her, but it didn't take. For 4 months we were without a dog. We knew we couldn't get a puppy before going to Alaska for two weeks. And we had actually found an adorable little fawn colored Belgian Tervuren (which is later what we found out Winny was). But we couldn't commit and she ended up finding another home.

We started looking for dogs and were stunned at how difficult it was. Granted we had a very narrow set of specifications - but we suffered a number of disappointments on our path. I could go on and on about the path we were on that was incredibly annoying. But that isn't what this post is about.

AB and I one night decided to give up the search for a dog. It wasn't meant to be. The right dog will find us. We were tired of people who were asinine about their so called "rescue organizations" and the need to conform to someone else's belief on what a good dog family looked like. (That would be, one without children, mostly.) Oh yes, I wasn't going there, steering back...

We had given it up. AB really wanted a puppy. I didn't. And I was the one who was going to be stuck with the large portion of dog care (or so I believed and still believe). A toddler and a puppy sounded utterly miserable.

Then I saw him and fell in love immediately. 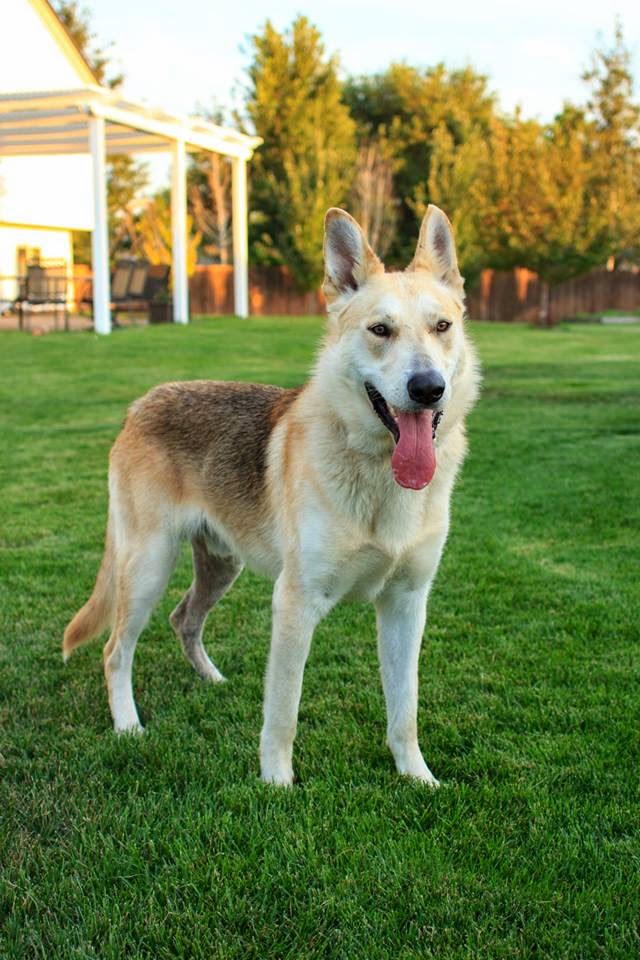 And AB warned me - no way is it going to happen! So I put an application in since it was just another opportunity for someone to reject us.

A blonde German Shepherd. Friendly with young children, cats, house trained, learning to walk on a leash, kennel trained, a true rescue as he was believed to be abandoned and hit by a car, but better now. He was perfect.

And so he visited and he seemed alright. A bit attached to the Foster, but whatever. I saw it. I saw Winny in his eyes. We needed him.

And so the next day she brought him and dropped him off. For good. And with some Xanax.

And that first night AB and I sat there going WTF. "Trooper" was hyped up - the kids were afraid of him. The cat thought the devil himself had arrived. The dog stood on the top my freaking computer desk. I thought he was going to sail out the big picture window actually. He cried. He barked. And his foster didn't answer her e-mails. We presumed because it was the first time she had any sleep in weeks. I cried. What have I done to our family? AB said that tomorrow we would see how it went and evaluate it then all calm-like. I promised to never ever find another rescue dog ever. Ever.

The next morning wasn't much better. I packed my work stuff up, dried my red eyes and went into work. And left the spaz dog with my husband. I whined to a few colleagues and they all encouraged me to give it a little while - it's only been a day!

AB and I talked on the phone, he took the dog to a vet and got Prozac and a sedative. A local shepherd expert met him at the vet and offered her assistance and repeatedly urged him not to give up. We may be this dog's last chance. AB told her we didn't want him to get all attached to us only to pass him off to someone else. She didn't care about that - presumably because there wouldn't be another family on his list. It was about then that we found out he had gone to a foster who rejected him with a few hours claiming aggression towards the husband. If we, as experienced shepherd owners, couldn't make it work. He was done.

Now there is some pressure! 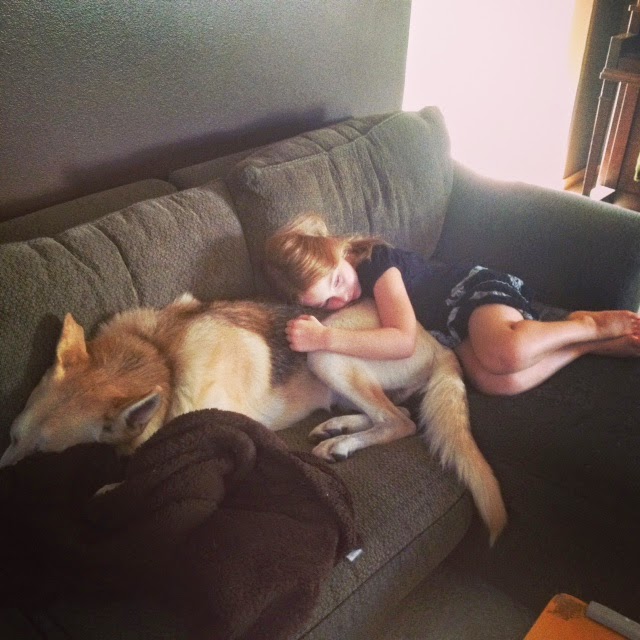 Then we went to the coast. And things went splendidly. A different dog suddenly emerged. There was no cat to harrass (and the cat got a break from spaz boy). And all of us fell in love. 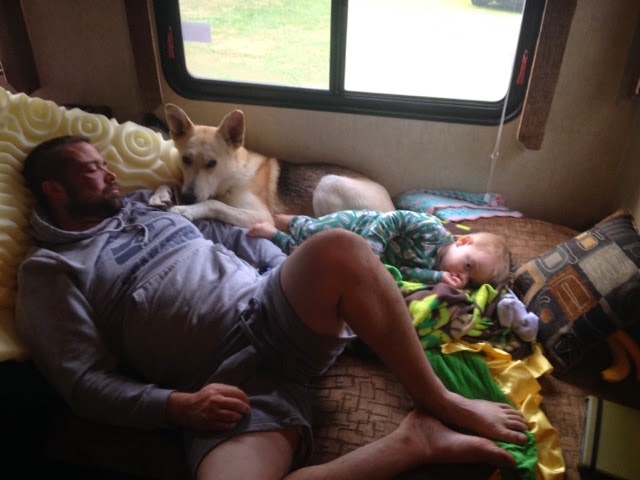 Oh and he proved his desperate need to be with us at all times by swimming out to follow us in the row boat. That  was a short row. (Winny used to follow us on land.) 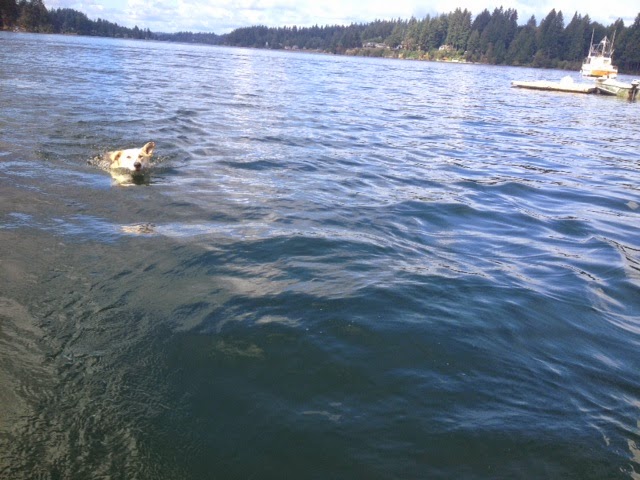 He is learning to walk on a leash, has had a bit of training, still thinks the cat is the most curious thing in the world, has some annoying habits that need to be broken.

He would lay down his life for every single member of our family. He is the first one to try to respond when Silas cries. He loves morning walks. 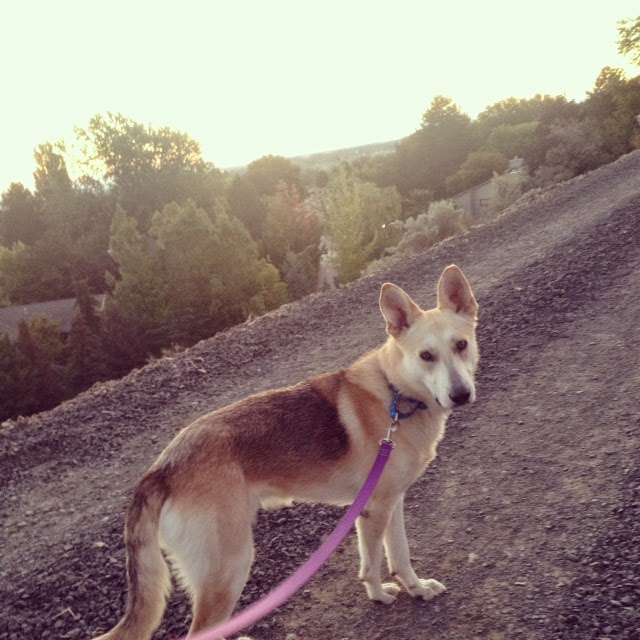 He is now our Odin. 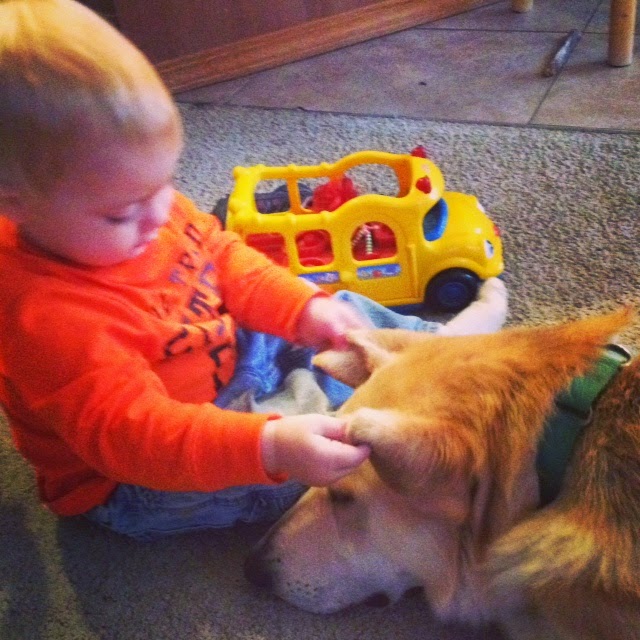